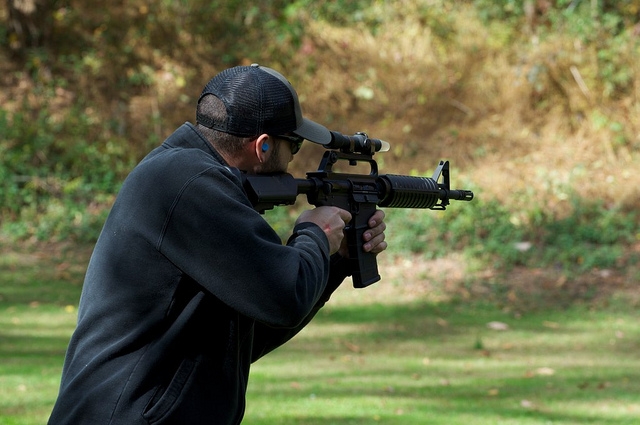 Researchers from Harvard University and Northeastern University found that one in five gun owners in the United States, who acquired a firearm in the past couple of years, was able to do so even without a background check.

In a new study published by the journal Annals of Internal Medicine, they likewise discovered that the number of gun owners who obtained guns through a private sale and without a background check was considerably higher, which is 57%, in states that don’t have laws of regulating such purchase than in those states that have legislative regulations, which is only 26%.

“This is the first direct national esti­mate of the pro­por­tion of gun owners who obtained firearms without a back­ground check,” lead author Matthew Miller said in a statement.

Miller, who is also a pro­fessor of health sci­ences and epi­demi­ology at the Bouvé Col­lege of Health Sci­ences in Northeastern’s.

The researchers used data from a study in 1994 on whether respondents had acquired their latest firearm from federally licensed gun dealer.

The study estimated that around 40% of conducted gun transfers had no background checks.

Nevertheless, Miller pointed out that the past survey primarily focused on whether the respondents classified their firearms sources as “federal firearms license” as well as where the gun owners got their firearms, without directly asking if the firearms were acquired without a background check per se.

So Miller and his team directly asked and eventually established that 22% of present gun owners in the U.S. bought a gun in the past two years without a background check.

Miller, however, emphasized that it’s unclear as to how much of the obvious decline from 40% to 20% can be credited to differences in survey questions of 1994 and 2015.

Regardless, he stressed that we are seemingly closer today than we were two decades ago to universal background checks.

He also warned that millions of American adults at present still obtain firearms every year without undergoing background checks.

Although a great majority of Americans support universal background check, there are still over 30 states that don’t require background check on sales of private firearms.

“Our research makes the case for the adop­tion of laws in states that do not cur­rently reg­u­late pri­vate firearm trans­fers, and it under­scores the fact that we’re talking about mil­lions of gun trans­fers annu­ally that pass from one pri­vate owner to another without a formal vet­ting process and so without knowing whether the recip­ient is someone society deems a lawful pos­sessor of firearms,” said Miller.

The recent study followed another study in 2016 by Miller’s team that revealed the estimated growth of the number of privately owned firearms in the U.S. by over 70 million to around 265 million between the years 1994 and 2015.

Only three percent of the population in the U.S. owned half of the said firearms stock, according to the study.