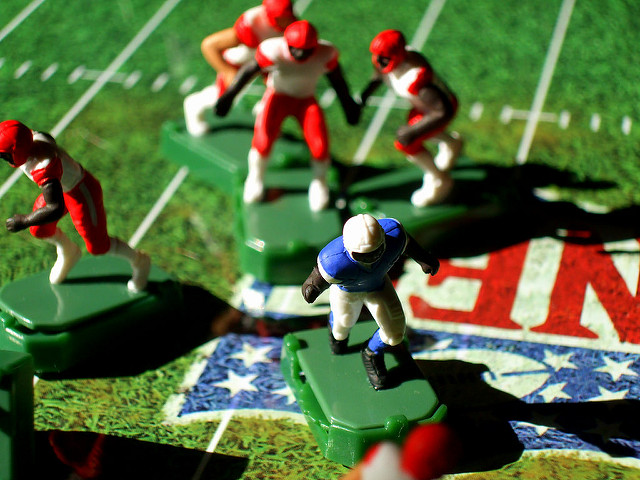 There’s a relationship, after all, in the behavior of athletes on and off field, based on a new research at The University of Texas at Dallas (UT Dallas).

The research conducted found that National Football League (NFL) players having most penalties on field were also found to have more criminal arrests off the field.

“We found that there’s a relationship between misbehavior on the field and misbehavior off the field,” Dr. Alex Piquero, associate dean for graduate programs in the School of Economic, Political and Policy Sciences, said in a statement.

He and Dr. Nicole Leeper Piquero collaborated with Dr. Marc Gertz and Wanda Leal, both from Florida State University (FSU), to work on the study published by academic journal Deviant Behavior. Dr. Nicole is an associate provost and Robert Holmes Professor of Criminology.

Players with the highest count of penalties on field, particularly the ones in the top 10% of penalties, showed an average of 1.5 arrests, including nonviolent and violent arrests, per player.

Every player with a single arrest averaged 95 penalty yards and 11 penalties.

The figures were higher, of course, for those with more than one arrest, specifically averaging 133 penalty yards and 16 penalties each.

“That’s something we see in other professions as well. It doesn’t mean one causes the other, but it shows that problem behavior in one sphere is not limited to that sphere,” clarified Dr. Alex, also an Ashbel Smith Professor of Criminology.

The researchers went on to study the penalty yardage and penalty data on NFL.com and arrest data from two separate NFL databases on arrests made by USA Today and The San Diego Union Tribune.

The joint database followed 524 players who were game participants between the years 2000 and 2014.

“Since our findings revealed a link between workplace behavior and off-duty behavior, it is important for organizations, especially those with a high profile like the NFL, to take seriously their personal conduct policies and to properly screen those they hire for employment, as the actions of any one individual has consequences, both negative and positive, not only for the individual involved but also to the image of the organization,” said Dr. Nicole.

Their study didn’t establish any link between violent arrests and penalties, which signified a small number of total arrests among NFL athletes.

They, however, found that players got very few penalties in postseason games, believing this could be because of high stakes involved during those games or because referees were inclined to call less penalties at that time.

Piquero’s latest study expanded on the two NFL-related researches he previously conducted with the FSU co-authors.

First study suggested that the NFL players were not as disposed to criminal behavior as their public perception, while the second study learned that even though arrests for violent crimes committed were indeed higher among NFL athletes than for general population, such arrests involved a lesser number of players.