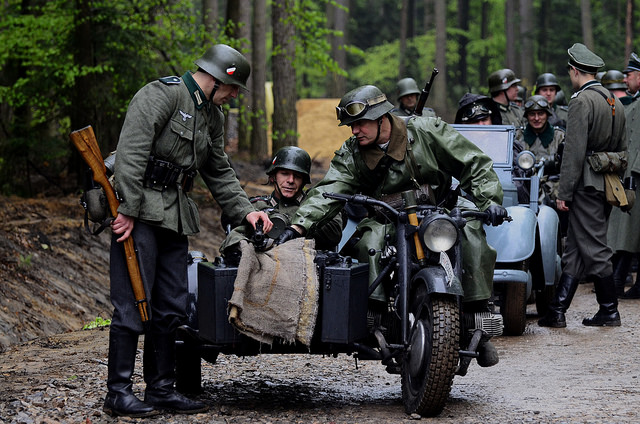 Germany has extended its Bundeswehr troops in northern Iraq for one more year, continually training the Peshmerga security forces and the armed forces of Iraq in a move to step up the fight against the notorious terrorist organization Islamic State (IS).

Up to 150 German soldiers will train the said forces until January 31, 2018, according to the website of The Press and Information Office of the Federal Government.

The government motion to extend the assignment must still seek approval from the German Bundestag, however.

In case the ground situation changes during the said mandate, the country’s engagement will be modified or reviewed.

For two years now, German soldiers have assisted in the training of security troops over Erbil in northern Iraq.

Bundeswehr’s mission is to enhance the capabilities of the Peshmerga and Iraqi’s armed forces.

Along with international partners, they have trained over 12,000 members of the northern Iraq security troops since last year.

As of September 2014, the government of Germany has provided ammunition, equipment, and weapons worth more than 90 million euros to Peshmerga.

The equipment includes non-lethal equipment for Iraqi government, such as helmets, first-aid materials, and radio equipment.

Such support to Iraqi troops is part of the training initiative of Germany.

Achievements of the military showed that such training and equipment supplied to Iraqi forces have an impact in the fight against the IS.

The Iraqi security troops have significantly weakened and stopped the expansion of the group since two years ago in the northern part of the country, with the help of international partners.

The international partners have established the long-term capabilities of security forces at Iraq training centers, some in northern Iraq’s Kurdish region.

IS continues to be a peace and security threat, regardless of the successful operations against them in Iraq.

Terrorist attacks in the European region, for instance the one in Berlin recently, are proof of this.

At present, the IS controls merely a few major areas, but an operation is said to be currently underway to free Mosul.

About 65 states are engaged in the fight against the IS, together with the Interpol, Arab League, and European Union.

This year, the North Atlantic Treaty Organization, or NATO, will likewise be engaged in establishing the capabilities of the security forces of Iraq inside the country, which is in line with the resolution adopted during the Warsaw Summit in July 2016.