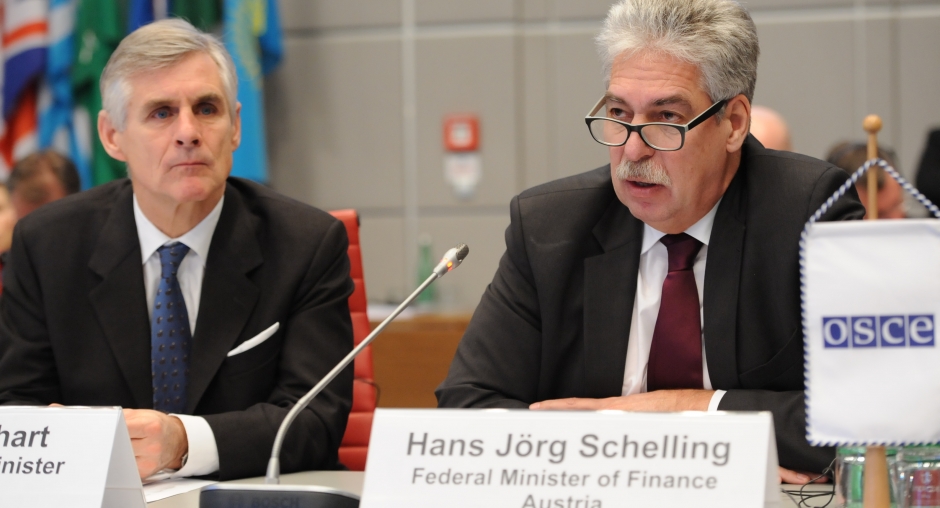 The first preparatory meeting of the 25th Economic and Environmental Forum for the Organization for Security and Co-operation in Europe (OSCE) held Monday in Vienna focused on three factors essential to achieving peace and prosperity in the OSCE region: business partnerships, good governance, and prevention of radicalization through business and job creation.

“Our continent is in danger of reverting to the bloc‑based thinking of the past, and divisions between East and West are increasing – not only in the political sphere, but also in the economic sphere. The promotion of sustainable economic and trade relations between participating States can contribute to rebuilding trust and confidence, thereby strengthening stability and security in the OSCE area,” Michael Linhart, Austrian Deputy Foreign Minister representing its country’s chairmanship in the 2017 OSCE, said in a statement.

Linhart added that they can contribute to addressing some of the leading root causes of radicalization, which are lack of economic prospects and unemployment, through OSCE’s Economic and Environmental Dimension.

“We want to discuss how OSCE participating States can strengthen innovation and entrepreneurship and foster job creation and economic growth, also in regions affected by conflicts,” he said.

The forum this year denotes a quarter century of focused and thought-provoking discussions on important environmental and economic issues closely related to regional security.

“Sustainable economic development is essential to peace and prosperity in our 57 participating States,” said OSCE secretary general Lamberto Zannier, stressing further the significance of expanding participation in the economic decision-making as well as augmenting the impact of advanced entrepreneurship for economic participation and job creation.

He also emphasized the engagement of OSCE in activities enhancing the climate for counter corruption, streamline regulatory frameworks, and business and investment. He, however, added that they can’t effectively accomplish this if there are no closer business links.

Meanwhile, raising the issue of connectivity and stressing the significance of good governance, Austrian Minister of Finance Hans Jörg Schelling said: “By promoting connectivity within and between OSCE participating States trust in the whole OSCE area can be rebuilt.”

He further said that having “closer co-operation” in the fields of transport, trade, energy, and customs can be equally favorable to all States partaking in it. “We need a new vision of a common economic space between Vancouver and Vladivostok, including the USA, Canada, the EU and all countries east of the EU including Russia and the Central Asian states.”

The forum participants likewise discussed concerns on good governance and on the prevention of corruption.

He stressed the significance of developing “an overall legal, institutional and cultural framework including anti-corruption measures and strategies that will promote good governance and integrity and prevent and discourage corrupt conduct.”

0 comments on “Boosting entrepreneurship to create jobs is essential to prosperity, peace in OSCE region”