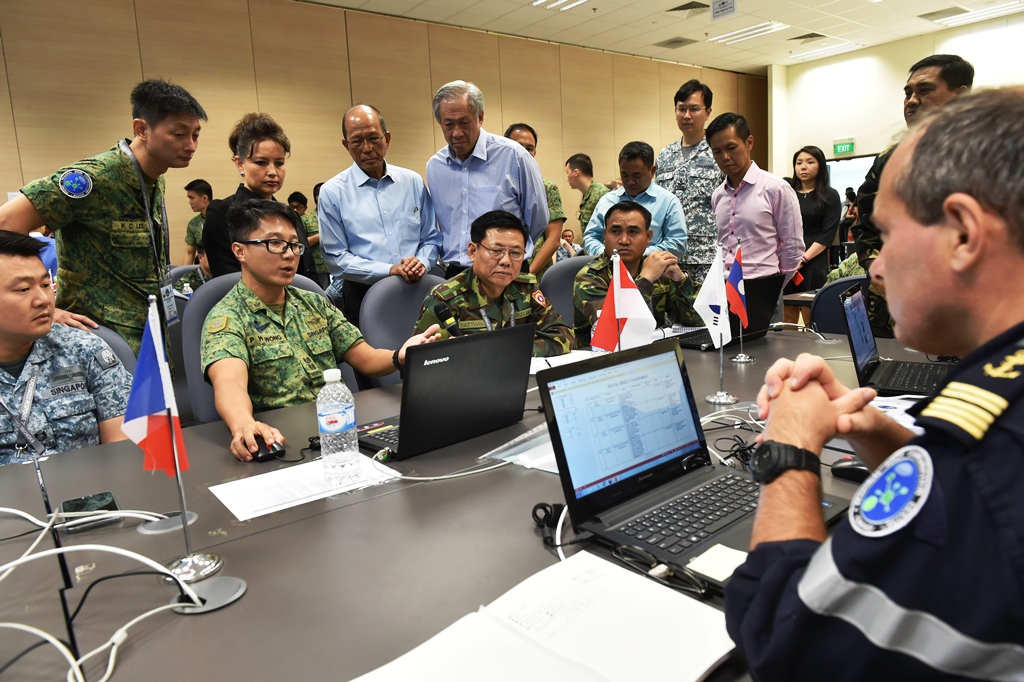 The governments of Singapore, United States, and the Philippines recently conducted a multinational exercise that aims to strengthen the cooperation in humanitarian assistance and disaster relief operations.

“This exercise is very important to us…we really want to learn as much as we can from this exercise to react or to prepare…if something [any possible disaster] is coming… So this will also help us to coordinate all these countries and organisations who would like to help…,” Delfin Lorenzana, National Defense secretary of the Philippines, said in a statement.

The Changi Regional Humanitarian Assistance and Disaster Relief (HADR) Coordination Centre (RHCC) of the Singapore Armed Forces (SAF), together with the United States (US) Center for Excellence in Disaster Management and Humanitarian Assistance (CFE-DM) and the Armed Forces of the Philippines (AFP), conducted the Exercise Coordinated Response (EX COORES) that targets forming military relations, improving interoperability and mutual understanding, as well as boosting military cooperation during HADR operations.

Around 150 people from 18 militaries from the European and Asia-Pacific regions, and observers from a dozen of governmental, non-governmental, and international organizations participated in the said exercise.

Since its launching in September 2014, the recent exercise is the EX COORES opening and the first multinational exercise on HADR hosted by Changi RHCC.

In its simulation, the Philippines was affected by two make-believe major natural disasters one after the other, first was Mount Mayon’s volcanic eruption and second was Category 5 typhoon at Legazpi City.

Subsequently, the AFP started a Multinational Coordination Centre (MNCC), with support from the Changi RHCC, for the coordination of incoming foreign aid.

Such scenario offered important opportunities to check on and apply the processes in coordinating global military HADR efforts, with perspectives from both the militaries assisting and the state affected.

The participants likewise came to get familiarize with the Changi RHCC and AFP MNCC’s operational concepts.

Meanwhile, US CFE-DM provided its expertise in developing the exercise scenario, in exercise control, and in assisting large-group discussions of the best practices in HADR operations.

The United Nations Office for the Coordination of Humanitarian Affairs also partook in improving civil-military understanding through a demonstration of the Humanitarian Country Team’s operations.

0 comments on “Singapore, Philippines, US partner in strengthening cooperation in humanitarian assistance and disaster relief operations”