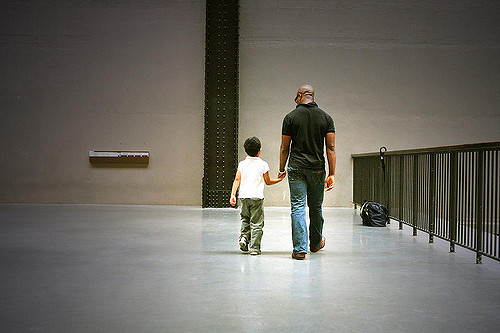 Moms who worry about frequent sleepovers or overnights of children at their dad’s house should read this: a new study conducted by researchers from Arizona State University (ASU) found that children coming from divorced families, no matter the age, will benefit from spending time with each parent, which includes sleeping over at each home.

The research disclosed that when children missed sleepovers at dad’s home in the first few years of their life, the amount of their parenting time with dads later in childhood or adolescence didn’t make up for it.

Fabricius said that each increase in the number of sleepovers every week in infancy and toddlerhood was complemented by an increase in the closeness and strength in the relationship of each parent with their grownups.

Grownups who cultivated the best relationship with both parents were those who had equal number of sleepovers at each parent’s house during their infancy and toddlerhood.

The most important thing is that researchers had the same findings irrespective of whether the courts instructed the overnights over the initial objections of the mother or the parents agreed in providing equivalent overnights.

Parents with either low or high conflict in the first five years of divorces also had the same findings.

“Having to care for their infants and toddlers for the whole cycle of evening, bedtime, nighttime and morning helps dads learn how to parent their children from the beginning,” Fabricius said.

He also said that this helps children and fathers learn things about each other, providing a foundation for their relationship in the future.

“Other studies have shown that programs that encourage married dads to take more responsibility for infant care help those dads learn better parenting skills, and we think that the same kind of thing happens when divorced dads have overnight parenting time,” he added.

The mother and child relationships were said to be better when the latter had overnights with the father, maybe because it helped mothers prevent too much stress of being a solo, fulltime parent to the infant or toddler. Besides, having good relationship with both parents, although they live separately, means well for their children.

Fabricius is an ASU psychology associate professor at ASU who examines father-child relationship and its impact on the general well-being and health of the child.

The paper, Should Infants and Toddlers Have Frequent Overnight Parenting Time With Fathers? The Policy Debate and New Data, was co-authored by Go Woon Suh, a graduate student at ASU, and was published by the Pyschology, Public Policy and Law journal by the American Psychological Association.