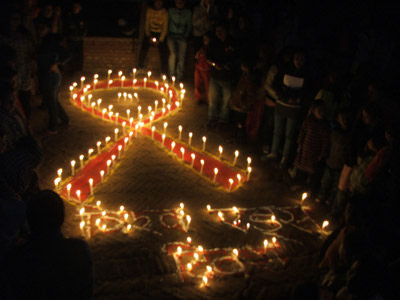 The patients, aged 51 to 67, received said treatment from 2001 to 2006, or even longer, with or without occasionally adding antiviral therapy later.

The findings were considered intriguing and unexpected, suggesting TCM as a possible functional cure for the global health issue.

This was revealed in a Letter to the Editor section of a special issue of the peer-reviewed journal AIDS Research and Human Retroviruses from Mary Ann Liebert, Inc. publishers.

The research revealed that most individuals involved in the small study now have undetectable viral loads, while only one patient was discovered to have low viral load.

The journal’s editor-in-chief, who is also a Cell and Molecular Biology professor at the Northwestern University, Feinberg School of Medicine, expressed the need and significance of placing “these observations into the hands of the HIV research community.”

“I believe there should be some effort to further explore this phenomenon,” Thomas Hope, PhD, said of the new findings on HIV/AIDS.

According to the latest figures of the World Health Organization (WHO), HIV has so far claimed over 35 million lives.

In 2015 alone, 1.1 million deaths worldwide were accounted to HIV-related causes. By the end of same year 36.7 million people have HIV, of which 2.1 million were new infections.

The Sub-Saharan Africa is said to be the most-affected region with HIV, with 25.6 million victims living with the disease.

But from 2000 to 2015, there was a 35% decrease in HIV infections and 28% decrease in AIDS-related deaths. Around eight million people were also saved. These were said to be a product of the efforts of national programs on HIV as supported by development partners and civil society.

In the middle of 2016, 18.2 million HIV-infected people were getting antiretroviral therapy (ART) worldwide.

The WHO said that expanding the ART to all HIV-infected people as well as the prevention alternatives can help in preventing 21 million deaths due to AIDS and 28 million new HIV infections by the year 2030.

Meanwhile, a new study by Northwestern University revealed that delinquent youth are more prone to having “high-risk HIV/AIDS sexual behaviors,” which include having multiple sexual partners and an unprotected vaginal sex with a partner considered as high-risk.

“Because most detained youth return to the community, our findings highlight the importance of providing HIV/AIDS preventive interventions before these youths leave detention. We also need to find ways to reach these young adults in the community,” Karen Abram, study’s first author, said in a statement.