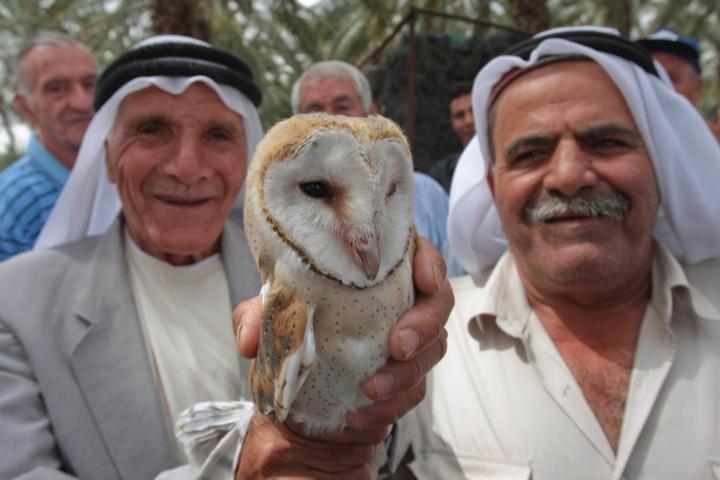 There’s an opportunity for communities in conflict or at odds to build trust and renew their hope for peace once there are efforts in conserving natural resources, according to scientists who recently wrote a review on this in the Trends in Ecology & Evolution journal.

“Nature can build bridges between nations,” Alexandre Roulin, a scientist from the University of Lausanne, Switzerland, said in a statement. “We use nature conservation to favor communication between communities in conflict. Although we’ve developed efforts in the Middle East, including Israel, Jordan, and the Palestine Authority, we hope that our work will become a platform to stimulate similar initiatives around the world.”

Such efforts began around 35 years ago when Yossi Leshem, study’s co-author from Tel-Aviv University in Israel, observed Israeli farmers using poison in killing rodents that, in turn, killed the latter’s natural bird predators, too.

Years later, they persuaded the farmers and their Israeli government to stop using pesticides and instead start constructing nest boxes for kestrels and barn owls.

This helped in protecting the wildlife without increasing losses in crops because every pair of owls has the ability to produce 11 offspring yearly.

On the other hand, the owls can eat thousands of rodents yearly.

Farmers in Jordan as well as the Palestinian Authority had the same challenges to be tackled on a regional scale, the scientists realized.

Eventually, they thought the project could unify Israelis, Palestinians, and Jordans for a similar cause regardless of their differences in political and religious affairs.

Roulin narrated several instances where people involved in such project for years shared laughs and jokes together, as well as visited places of worship of the other, among other things.

He said that besides being significant, combining peace building and nature conservation likewise conveys “a new message of hope that our society is looking for.”

“We hope to persuade the international community to consider such projects as diplomatic tools to pave the road to peace,” he added.

The scientists’ Middle East project has persisted regardless of the challenges brought by conflict.

They have also seen interest from Chinese and Swiss armies about their project, and continue to hope that their efforts could be a bridge to bring people together from the North and South Korea, too.

“Unexpected ideas, such as working scientifically with barn owls, can be the source of great inspiration for issues that are far bigger than our scientific questions,” said Roulin.

The scientists likewise hope to begin an education program around Europe so as to encourage children from the Middle East and Europe to connect with each other, and to promote awareness on nature’s interdependence at an international scale.