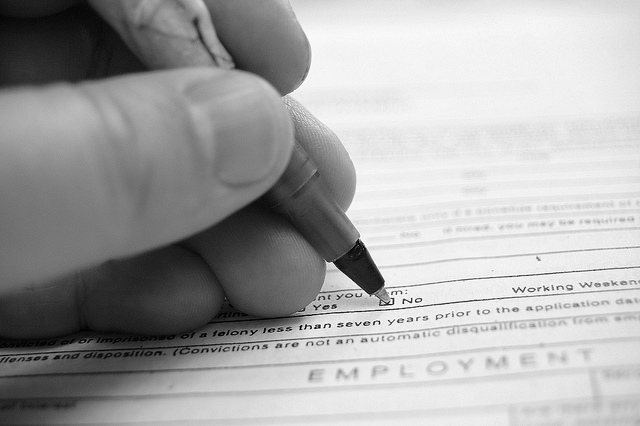 It appears honesty is still the best policy, even for ex-convicts looking to change their lives by getting a new job, said a new study.

The new study found that apologizing for past criminal conduct is the best approach for ex-convicts to get hired when applying for a new job.

“Apologizing for your past criminal offense seems to be the most effective strategy in reducing concerns about your underlying trustworthiness as a person of integrity,” said Abdifatah Ali, study’s lead author and a doctoral student in psychology in Michigan State University (MSU).

The research undertook three studies involving over 500 participants who viewed a video of job interviews or examined job applications.

The job applicants provided one of the three responses: an excuse, a justification, and an apology.

The apology proved to be “the most successful strategy in leading evaluators to perceive the candidate as remorseful and less likely to engage in deviant behaviors at work.”

In a way, a justification could be successful, but less so, said Ali.

Providing an excuse for the criminal offense, meanwhile, led to a negative effect on the decisions to hire because it didn’t lessen the threat connected with a criminal identity.

In fact, an excuse is possibly the worst thing an ex-convict can do to gain the trust of a potential employer, according to Ali who co-authored the research with Ann Marie Ryan.

Ryan is a psychology professor at MSU, who has examined discrimination against diverse groups of job hunters that include people with disabilities, military veterans, and women.

In the United States alone around 70 million people, that is almost one in three adults, have a former conviction or arrest record.

The National Employment Law Project said that over 25 states and about 150 cities and counties have prohibited the criminal history check box on job application forms, allowing the delay of such questioning till the later hiring process, normally the interview, thus possibly giving the applicant a better chance of getting hired.

The research, which appeared in the Journal of Applied Psychology, came in the midst of a nationwide “ban-the-box” movement.

Some lawmakers, such as those in Texas and Indiana, however have been against the movement’s efforts.

The movement may expand the possibility of ex-offenders to make it past through the application stage, but it is likely that their prior offenses will be questioned.

The idea for this research came up when Ali worked with job applicants in Michigan who failed to get hired due to their criminal records, regardless if their crimes were 10 or 20 years ago.

Michigan has no ban-the-box law, the research said.

“The core issue that we were trying to address from a psychological perspective is how applicants with a criminal record can best present information regarding their offense,” Ali said. “From a counseling standpoint there aren’t any evidence-based strategies of how to best present themselves in those situations.”

Also co-author of study is Brent Lyons, an assistant professor at the Simon Fraser University in Canada.