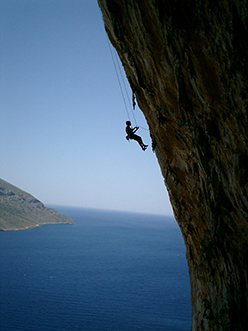 Contrary to popular belief, people who love extreme sports are not “adrenaline junkies with a death wish,” said a research recently published in the Psychology of Consciousness, Research and Practice.

“Our research has shown people who engage in extreme sports are anything but irresponsible risk-takers with a death wish. They are highly trained individuals with a deep knowledge of themselves, the activity and the environment who do it to have an experience that is life enhancing and life changing,” said Eric Brymer, a QUT Adjunct Professor who is now based at the Leeds Beckett University in United Kingdom.

QUT is a foremost Australian university said to be among the fastest growing research universities in the country.

Brymer added that there continues to be a huge misunderstanding of the motivating factor of people engaged in extreme physical activities.

Several still consider such as activities for adrenaline junkies.

He cited BASE jumpers as example. “[They] talk about being able to see all the colours and nooks and crannies of the rock as they zoom past at 300km/h, or extreme climbers feel like they are floating and dancing with the rock. People talk about time slowing down and merging with nature.”

“Far from the traditional risk-focused assumptions, extreme sports participation facilitates more positive psychological experiences and express human values such as humility, harmony, creativity, spirituality and a vital sense of self that enriches everyday life,” he said.

Schweitzer said that people into extreme sports had a hard time articulating their experiences, which is why their research took a new approach to understand the data.

They took on a “phenomenological approach to ensure [they] went in an open mind” instead of a theoretical approach that would result to judgments not reflecting the extreme sports participants’ lived experiences.

“By doing this we were able to, for the first time, conceptualise such experiences as potentially representing endeavours at the extreme end of human agency, that is making choices to engage in activity which may in certain circumstances lead to death.

“However, such experiences have been shown to be affirmative of life and the potential for transformation.

“Extreme sport has the potential to induce non-ordinary states of consciousness that are at once powerful and meaningful.

“These experiences enrich the lives of participants and provide a further glimpse into what it means to be human,” said Schweitzer.

The two professors, however, warned that a mismanaged accident or mistake in extreme sports, regardless of them being pleasurable activities, could lead to death.