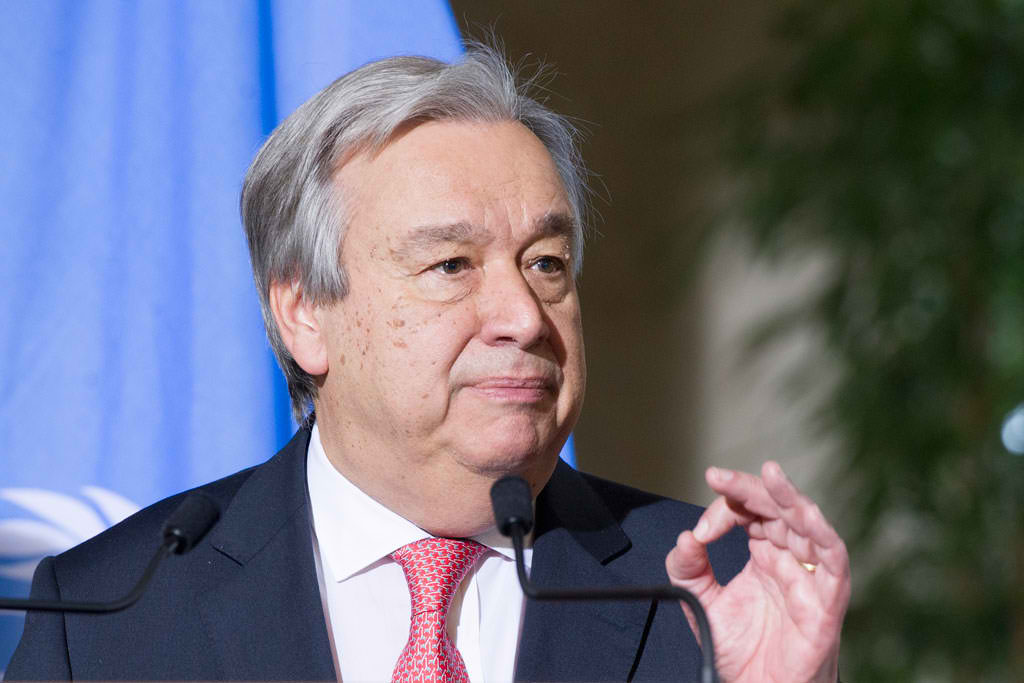 Speaking at a major international conference in Beijing, United Nations, Secretary-General António Guterres today drew comparisons between China’s ‘One Belt, One Road’ initiative and the Sustainable Development Goals, saying both are rooted in a shared vision for global development.

“Both strive to create opportunities, global public goods and win-win cooperation. And both aim to deepen ‘connectivity’ across countries and regions: connectivity in infrastructure, trade, finance, policies and, perhaps most important of all, among peoples,” the Secretary-General said addressing Chinese President Xi Jinping and dozens of other state leaders at the Belt and Road Forum.

The attendees represent some of the more than 60 countries included in the Belt and Road plan that China introduced in 2013 to stimulate trade and economic growth along the ancient Silk Road and beyond.

“In order for the participating countries along the Belt and Road to fully benefit from the potential of enhanced connectivity, it is crucial to strengthen the links between the Initiative and the Sustainable Development Goals,” Mr. Guterres noted, adding that the 17 Goals can guide the policies and actions under the Belt and Road towards true sustainable development.

The initiative reportedly includes nearly $1 trillion worth of infrastructure investments in Africa, Asia and Europe. As these projects – which include bridges, nuclear plants and railways – unfold, Mr. Guterres highlighted the need to work together to uphold international environmental and social standards, and ensuring that rural areas, not just cities, benefit.

“With the initiative expected to generate vast investments in infrastructure, let us seize the moment to help countries make the transition to clean-energy, low-carbon pathways – instead of locking in unsustainable practices for decades to come,” he said, praising Chinese leadership on climate change.

He also urged donor countries to continue investing in development projects through official development assistance (ODA), and urged them to fulfil their commitments under the Addis Ababa Plan of Action, which finances projects related to the Sustainable Development Goals (SDGs).

Mr. Guterres also called on Governments to settle peacefully any tensions related to the One Belt, One Road initiative, saying that “just as the initiative opens new corridors for goods, let us also keep open the channels for dialogue.”

He praised the initiative for its “immense potential” to promote access to markets, and as “far-reaching in geography and ambition.”

Since arriving in China on 13 May, Mr. Guterres has met with senior Chinese officials, including Foreign Minister Wang Yi. He also held a meeting with Turkish Foreign Minister Mevlut Cavusoglu.