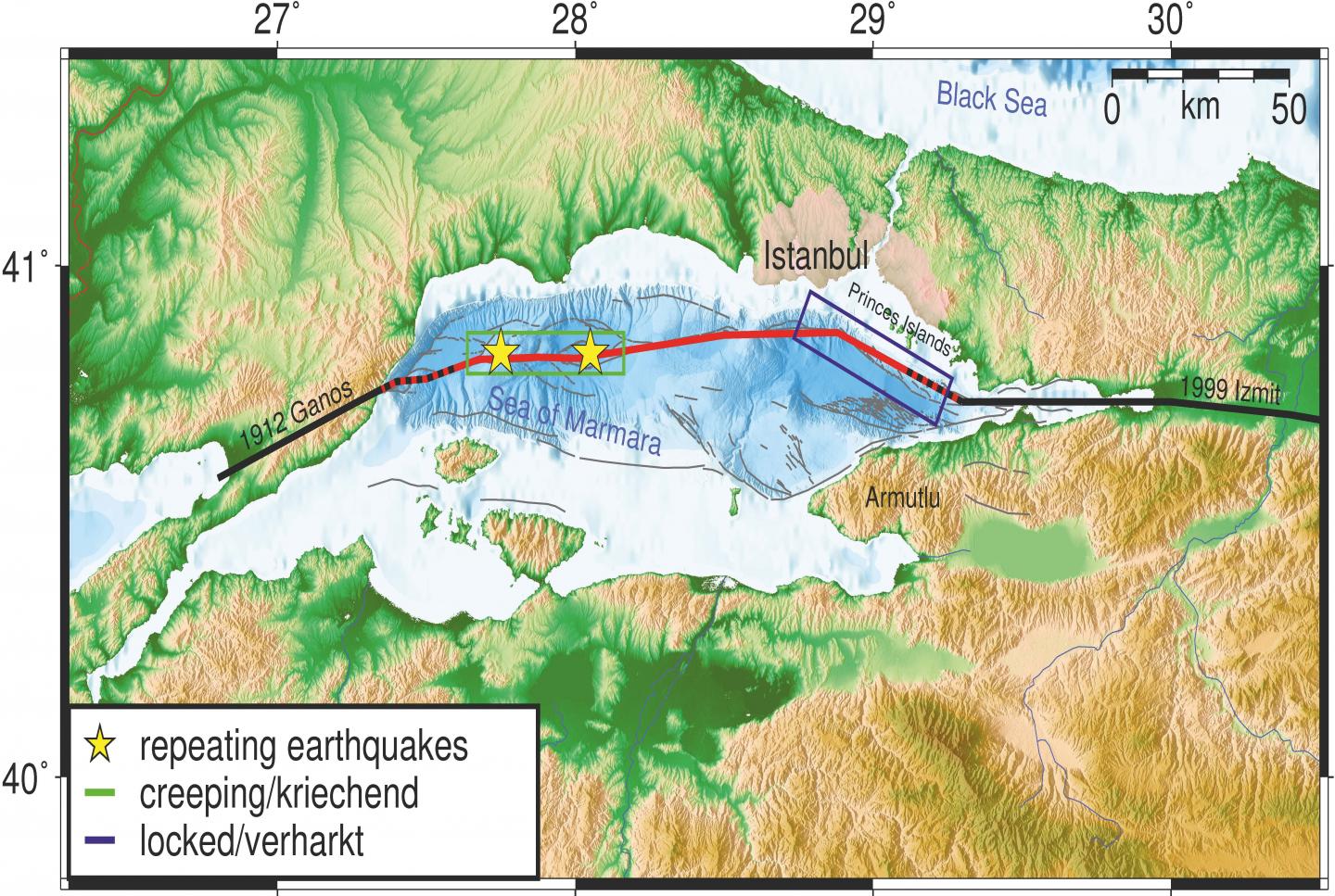 A study has indicated that the next major quake is more likely to originate in Istanbul’s eastern Marmara Sea, a cause for concern for a team of earthquake researchers as the so-called North Anatolian Fault Zone runs below this sea, just outside of this 15-million metropolis.

There is a constant build-up of energy in this underground, which is caused by an interlocking of tectonic plates that causes plate movement to come to a halt until a great tremor releases this energy, according to the study the results of which are now published in Geophysical Journal International.

An earthquake with a magnitude of 7 or greater in this region in the coming years as calculated by the scientists.

“This is both good news and bad news for the city with over 15 million inhabitants. The good news: “The rupture propagation will then run eastwards i.e. away from the city,” Marco Bohnhoff, the research team lead, said. “The bad news is that there will only be a very short early warning phase of a few seconds.”

Early warning times are extremely important to switch traffic lights to red, to block tunnels and bridges, or to shut down critical infrastructure.

Using a new high-precision seismicity catalog for the region and other measurement data, the researchers thoroughly evaluated the earthquake activity enabling them to analyze numerous small quakes along the Marmara fault.

Bohnhoff likewise said in case the strong earthquake comes below the western Marmara Sea, there would likewise be good news and bad news.

Longer early warning period would be good news, and the rupture shaking taking place in the direction of Istanbul would be bad news as it would result in more severe ground shaking if the origin was further east.

However, the current data obtained suggests the opposite: an earthquake with an epicenter at the gates of the city, which would allow the people only very little time to find protection, but which would trigger less powerful ground movements.