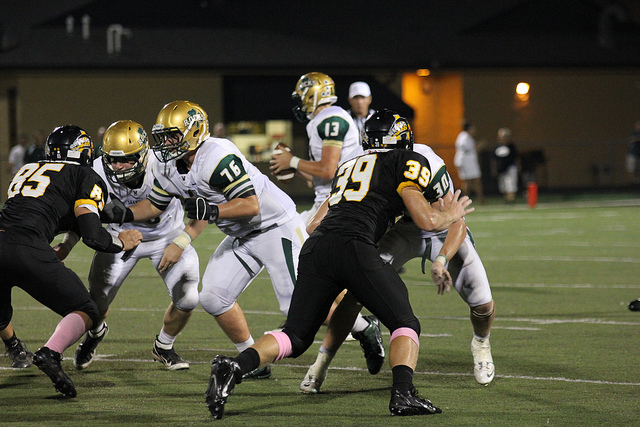 Men aged 30-65 years will sit less and move more: the hope of EuroFIT, or European Fans in Training, a program that aims to involve male football supporters in European countries to start and maintain improvements in physical activity, sedentary, and dietary behaviors.

Considering that achieving sustained change in health behavior is a challenge, and some groups hard to engage including men in this age range, the program requires a good understanding of how interventions are informed by theory and how they can be tested better.

Its development was based on sociological and motivational theory, which in this case, loyalty to their local football club.

EuroFIT tests the utility of a culturally- and gender-sensitized lifestyle program in about 1,200 middle-aged (30-65 years) men working across 15 football clubs in Portugal, Norway, the Netherlands, and the UK.

EuroFIT is a 12-week behavior change program for the men, taking place in their football clubs and led by club coaches.

They are given a toolbox of techniques for behavior change, and taught interactively so that they can learn from and support one another.

Included are activities such as walking football, challenge-style activities, strength training, and tips to avoid injury.

The strong affiliation and loyalty to clubs are leveraged to increase relatedness and personal interest in the program, with each club assigning a Eurofit Ambassador who is a player, former player or coach.

In Portugal, Nuno Gomes and Nene performed this role for Benfica; and Augusto Inacio as former coach of Sporting Lisbon, and Semedo, a former Porto player.

The participants self-monitor levels of activity using newly developed technology (the SitFIT), which allows them to self-monitor how much they are sitting down as well as their daily step count.

This and other data can be uploaded to the user’s and researchers’ own desktop computers and the data can be used to play a team-based walking game called MatchFIT.

The EuroFIT intervention is currently being evaluated in a randomized controlled trial. Early indications tell that the retention rate of participants across the 15 clubs is over 90%.

The researchers are looking at way to ensure the benefits to participants are sustainable and that it can be repeated in other clubs, as well as to expand access to women, younger men, and families.