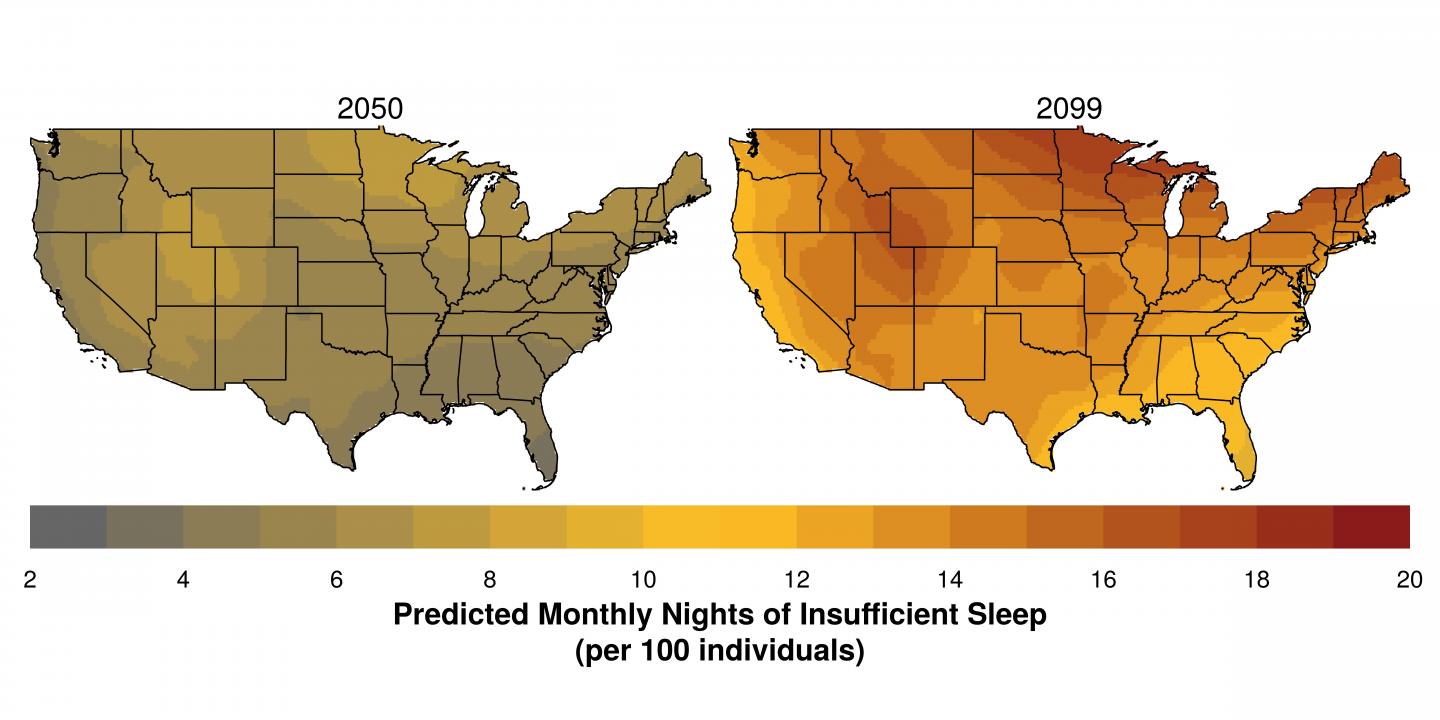 A public health survey conducted in a span of about a decade shows U.S. residents had not been getting enough sleep due to warmer nights.

Data coming from 765,000 respondents to the Behavioral Risk Factor Surveillance Survey from the Centers for Disease Control and Prevention that told about their nights of insufficient sleep were linked to data on daily temperature coming from the National Centers for Environmental Information.

The study revealed that a one-degree Celsius increase in temperature at nighttime translates to three nights of inadequate sleep for every 100 individuals in a month’s time.

Nick Obradovich, who conducted the research while studying for a doctoral degree in political science at the University of California-San Diego, said in a statement: “What our study shows is not only that ambient temperature can play a role in disrupting sleep but also that climate change might make the situation worse by driving up rates of sleep loss.”

The research, published by Science Advances, exemplified the most expansive real-world study to link reports of inadequate sleep to unusually warm nights, which was considered first in applying this discovery to climate change projections, according to the report.

The research likewise found that summertime poses the most severe negative effect of warmer nights.

Moreover, most affected are those with incomes below $50,000, who suffer three times than those who are financially better off; and those aged 65 and older, who suffer twice more than younger adults.

“Sleep has been well-established by other researchers as a critical component of human health. Too little sleep can make a person more susceptible to disease and chronic illness, and it can harm psychological well-being and cognitive functioning,” said Obradovich, who was inspired to investigate the October 2015 heat wave that hit San Diego.

He had trouble sleeping, tossed and turned, during these record-breaking temperatures, as he likewise observed that his schoolmates were “looking grumpy and bedraggled.”

According to the report, this observation got him into thinking: Had anyone looked at what climate change might do to sleep?

The study presents a disheartening scenario if the link between “warmer nights and disrupted sleep” continues.

“Warmer temperatures could cause six additional nights of insufficient sleep per 100 individuals by 2050 and approximately 14 extra nights per 100 by 2099,” the report said.

0 comments on “What climate change does to sleep”