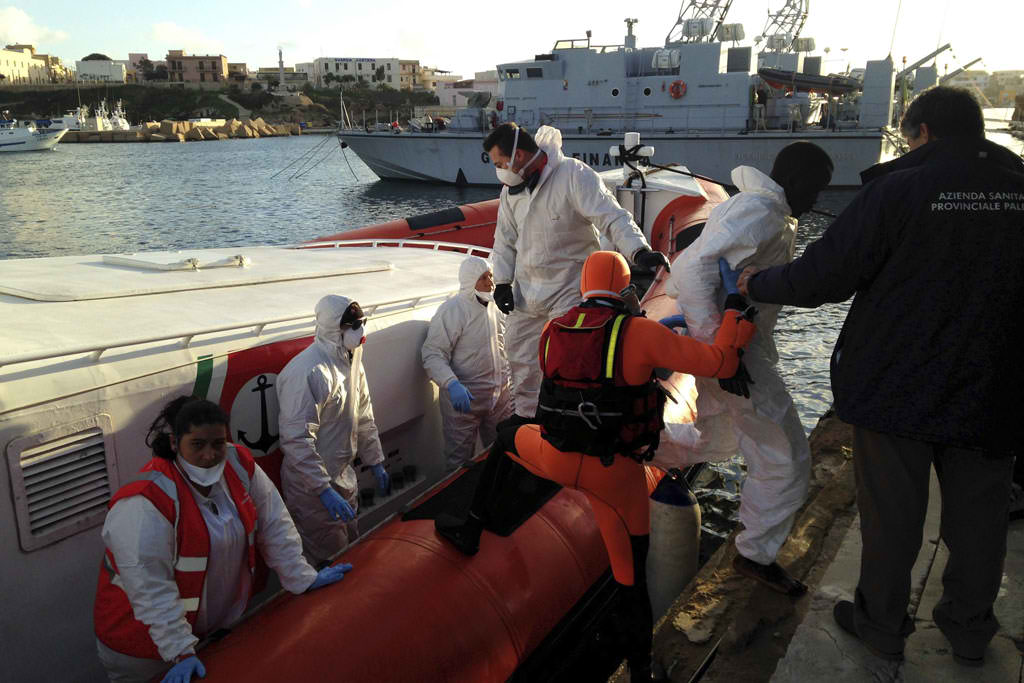 Against the backdrop of more than 1,700 people having perished this year while undertaking perilous crossings across central Mediterranean Sea to reach mainland Europe, the United Nations refugee agency has appealed for “credible alternatives” to ensure accessible and safe ways for people in need of international protection to reach the continent.

According to the Office of the UN High Commissioner for Refugees (UNHCR), since the beginning of the year, more than 60,000 people have used the route, with close to 9,500 migrants and refugees having been rescued over the past week and disembarked in various Italian ports.

“[However] the total number of dead and missing since the beginning of 2017 has now reached over 1,720,” Babar Baloch, a spokesperson for the agency, told the press at a regular media briefing at the UN Office in Geneva (UNOG) today.

“A total of 50 bodies were disembarked over the past few days in Crotone, Palermo and Catania following an undetermined number of incidents, in which dozens of others are feared dead or missing at sea.”

Last week alone, at least 116 people died or went missing in shipwrecks in the region.

In one such tragedy, early morning on 24 May, 33 people – including 13 women and seven children – lost their lives and dozens more feared missing when a wooden vessel carrying somewhere between 700-900 passengers sunk. 593 persons (from Sudan, Eritrea, the Comoro Islands, Egypt and Morocco) – many are deeply traumatized by the ordeal – were rescued.

Furthermore, on 23 May, some 82 people died or went missing when a dinghy carrying 126 people, mostly from Nigeria, Ghana, Sudan and Cameroon capsized. The others were rescued by an Egyptian fishing boat that came to their aid.

Also, on 27 May, the Tunisian Coastguard rescued a boat carrying 126 people, including 48 women, a five-year old boy and three babies, and took them to the port of Zarzis. A Nigerian woman, however, lost her life.

“UNHCR praises the Italian Coastguard for their constant efforts in coordinating rescue operations as well as the Tunisian Coastguard and the crew of all the ships involved for saving so many lives,” said Mr. Baloch, reiterating the UN agency’s call for alternatives to such dangerous crossings, including accessible and safe ways to reach Europe such as family reunification, resettlement and private sponsorship.

“Survivors disembarked in Salerno last Saturday told our staff that their boat was approached by criminals who stole their belongings and took their engine off, shooting in the air on several occasions,” noted the UNHCR spokesperson, and “luckily, nobody was wounded in the incident.”

However, several refugees and migrants landed on the Italian island of Lampedusa over the week-end had gunshot wounds and reported having witnessed friends being fired at or killed.

“One man told our staff that he was shot in the leg by members of Libyan militias who also stole his belongings. Another man was shot in the arm and tortured by a trafficker to extract money from him,” he added.