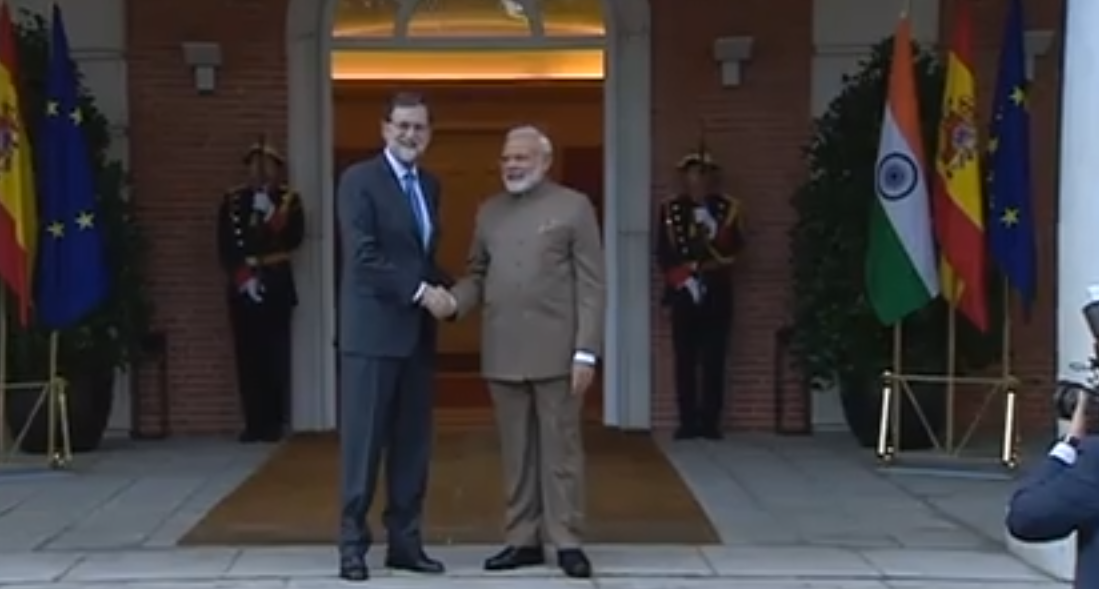 In a bid to strengthen the bilateral relationship between Spain and India, the President of Spain Mariano Rajoy received and welcomed the Indian Prime Minister Narendra Modi in his country on May 31, which was said to be the first official visit again to Spain by a government head of India since former Prime Minister Narasimha Rao’s visit in 1992.

Rajoy applauded Modi’s “broad raft of economic reforms” being pushed for “good governance and a more developed and knowledge-based economy,” according to Spain government’s website.

Rajoy also emphasized the importance of India for Spain, stating that the former is its third largest trading partner in Asia.

He further discussed that “bilateral relations are on the rise and increasingly better” and expressed hopes that their partnership will become tighter in the near future.

Furthermore, Rajoy announced the signing of a document to function as a guide “to develop relations at a political, security, economic, scientific and technology level”.

He said that the progress India faces right now opens more doors of opportunities and, with that, asked Spanish companies to become part of the modernization of infrastructures and establishments where they are “highly competent at a global level”.

For his part, Modi was all thankful to Rajoy for welcoming him and facing head on the challenges of both countries – which relate to international terrorism and global and European circumstances.