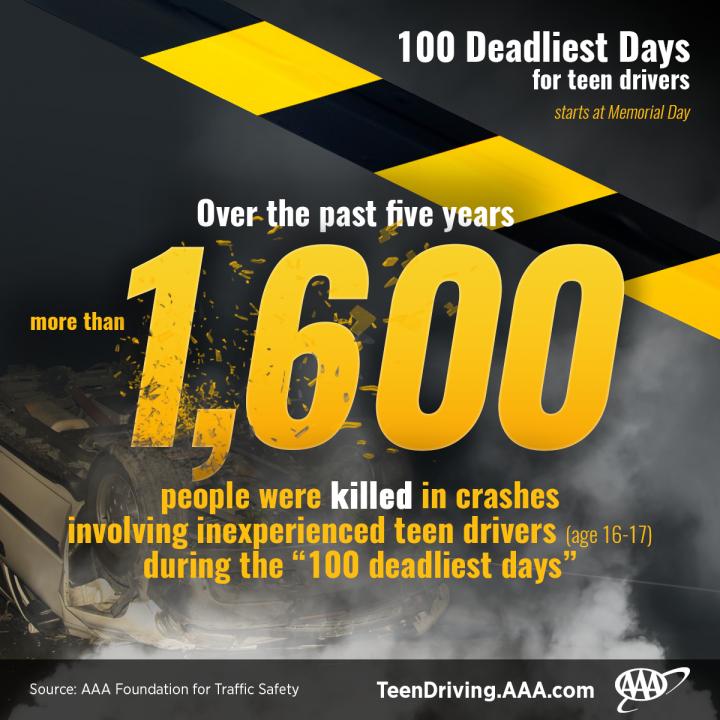 According to a recent study from the AAA Foundation for Traffic Safety, new teen drivers are most likely to succumb to car crashes as the report zoomed to 15% more as compared to last year’s findings.

This study occurred between the period of Memorial Day and Labor Day when the number of teen deaths surge.

“Statistics show that teen crashes spike during the summer months because teens are out of school and on the road,” Dr. David Yang, AAA Foundation for Traffic Safety executive director, said in a statement. “The Foundation’s research found that inexperience paired with greater exposure on the road could create a deadly combination for teen drivers.”

Teen crashes are on the rise as it is indeed 10 percent more than previous years.

Parents are urged to talk to their children about this.

“Parents are the front line of defense for keeping our roads safer this summer,”Jennifer Ryan, AAA Director of State Relations, also said. “It all starts with educating teens about safety on the road and modeling good behavior, like staying off the phone and buckling your seat belt.”

There are three reasons for these car crashes, report said.

So in order to combat teen crashes, AAA motivates parents to talk with their children about safety and repercussions, teach by example, and make a parent-children agreement on what to do and what not to do on the road.

AAA is a not-for-profit, charitable organization in Washington, D.C. that conducts traffic safety research and education.