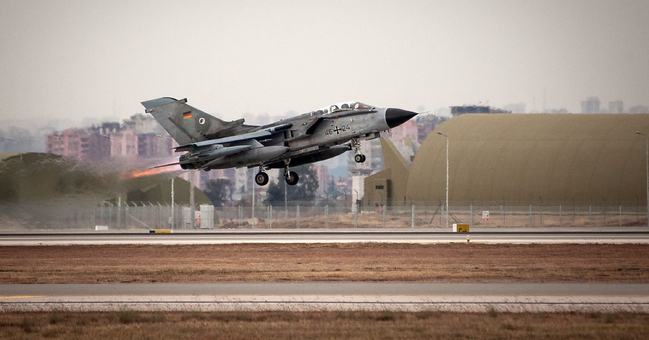 Federal Minister for Foreign Affairs Sigmar Gabriel has decided to withdraw the Bundeswehr troops at Incirlik Air Base, after an agreement on the right of German parliamentarians to visit said troops hasn’t been reached due to Turkey’s domestic policy reasons.

Under German law, this is inconceivable because the Bundeswehr forces are a parliamentary army controlled by the elected parliament of Germany.

“Wherever the Bundeswehr is, members of the German Bundestag must be able to visit the troops,” reiterated Gabriel after meeting in Ankara with his Turkish counterpart Mevlüt Cavusoglu. “Since this is not now possible in Incirlik, we will withdraw the Bundeswehr from Incirlik.”

According to the statement released by Federal Minister of Defence Ursula von der Leyen and posted on the government’s official website, the German Cabinet will discuss the matter on Wednesday.

“Until now Incirlik has been a good air base in the fight against IS. But it is obviously unacceptable that members of our parliament are unable to visit our troops in Incirlik,” the Defence Minister said, noting that an alternative airbase in Jordan is readily available for the transfer.

The troops must then be transferred to Jordan and, of course, any refueling services and surveillance flights in their fight against the IS must be interrupted. “But we will do everything in our power to keep this interruption as short as possible,” she said.

In May, the Defence Minister flew to Jordan to meet with the Bundeswehr assessment team exploring alternative bases for the troops in Incirlik.

“My initial impression of the Al Azraq Air Base here in Jordan is positive,” she said, likewise adding that operational facilities for Tornados and tanker aircraft are so far good.

0 comments on “German troops withdraw at air base in Turkey”