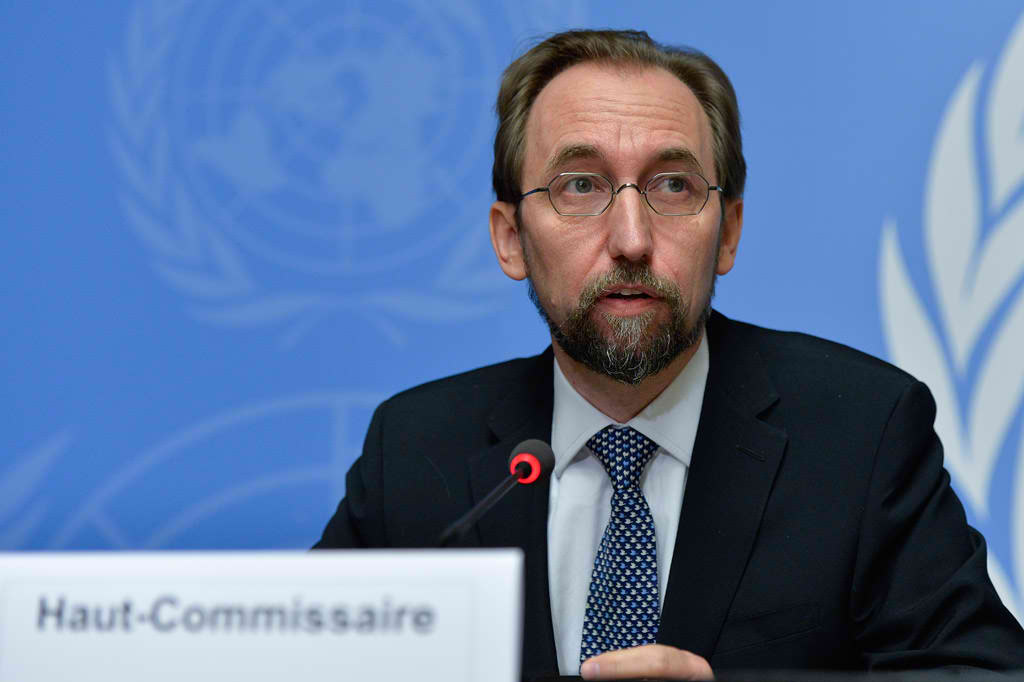 Voicing concern over lack of progress on the part of Government of the Democratic Republic of the Congo (DRC) to undertake credible investigations into widespread allegations of rights violations and abuses in the Kasai Central and Kasai Oriental provinces, the top United Nations human rights official today called for setting up of an international investigation mechanism to look into the situation.

“The crimes committed in the Kasais appear to be of such gravity that they must be of concern to the international community as a whole, and in particular the Human Rights Council,” UN High Commissioner for Human Rights Zeid Ra’ad Al Hussein, urged the Council today.

“We have an obligation to the victims and a duty to send a message to the perpetrators of these crimes that we are watching and that the international community is throwing its weight behind ensuring that the endemic impunity in the DRC is brought to an end.”

According to a news release issued by the High Commissioner’s Office (OHCHR), since August last year, some 1.3 million people from the two provinces have been displaced within the country and about 30,000 forced to flee to neighbouring Angola.

The release raised particular alarm over the presence of at least 42 mass graves – documented by OHCHR – and reports that many of these were dug by Forces armées de la République démocratique du Congo (FARDC) after clashes with presumed elements of the Kamuina Nsapu militia over the past several months.

The actual number of the graves are feared to be higher.

In early May this year, High Commissioner Zeid urged the Government of the DRC to take a series of steps to ensure that a credible, transparent investigation, respecting international standards and with the involvement of OHCHR, be established by 8 June.

However, while the Government sought technical support and advice from OHCHR and the UN mission in the country (known by its French acronym, MONUSCO) the response of national authorities till date falls short, in view of the gravity and widespread nature of the violations and the need to ensure justice for victims, noted the news release.

“It is the sovereign duty of the Government of the DRC to carry out judicial investigations into human rights violations committed on its territory and we will continue to support the Government by providing advice and support towards its fulfilment of these obligations,” noted the High Commissioner, adding: “[However,] the scale and nature of these human rights violations and abuses, and the consistently inadequate responses of the domestic authorities, oblige us to call for an international investigation to complement national efforts.”

The news release also noted that the UN Joint Human Rights Office – comprising the Human Rights Division at MONUSCO and the former OHCHR presence in the country – continues to receive allegations of serious rights violations, but security constraints have hindered further investigations.

The flare-up of violence in the Kasais occurred in August 2016 when a customary chief was killed by the FARDC. The Kamuina Nsapu militia, named after the chief, sought to avenge the killing by targeting police and army personnel, state symbols and institutions, such as Government buildings, police stations and churches, it also recruited children to join its ranks.

The FARDC reportedly reacted to the attacks by launching a intense counter-attacks, including by firing indiscriminately with machine guns in towns where the militia were suspected to be as well as conducting door to door searches, shooting dead suspected militia members or sympathizers.

While a number of national investigations have been launched into the alleged crimes committed by the Kamuina Nsapu, the Government has failed to conduct meaningful investigations into the conduct of the FARDC and the Police nationale congolaise, noted the news release.