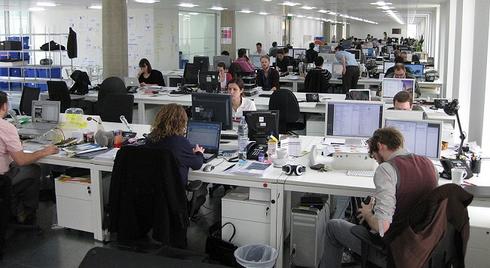 H-1B visa holders are deemed to strengthen the U.S. economy, after researchers found that these passport holders can contribute much to the lifespan and growth of an organization.

The new study, “Are Immigrants Complements or Substitutes? Evidence from the Audit Industry” in the INFORMS journal Management Science, explored how companies hire their employees, especially the U.S. audit industry that obtains workers from outside the U.S. for specialty occupations.

Authors Daniel Aobdia of the Kellogg School of Management at Northwestern University, Anup Srivastava of the Tuck School of Business at Dartmouth University, and Erqiu Wang found that at least 83 percent of their employees hold H-1B Visas and that they have two primary roles in the industry: gap fillers and specialists.

“The first role — an immigrants’ greater likelihood of employment in jobs considered less desirable to their U.S. counterparts – arguably reflects their lower bargaining power,” Aobdia said in a statement. “The second role — the greater likelihood of immigrants’ performing specialized assignments – is consistent with an audit firm’s ability to hire the most talented among these individuals, given their restricted employment options.”

The researchers also discovered that foreign workers, who hold H-1B Visas in the firms studied, contributed to 28 percent growth of their companies, at least in 2012.

The researchers did warn companies, though, of the possibly negative implications of restrictive hiring of skilled professionals from other countries.

INFORMS is said to be the leading international association when it comes to operations research and analytics professionals.