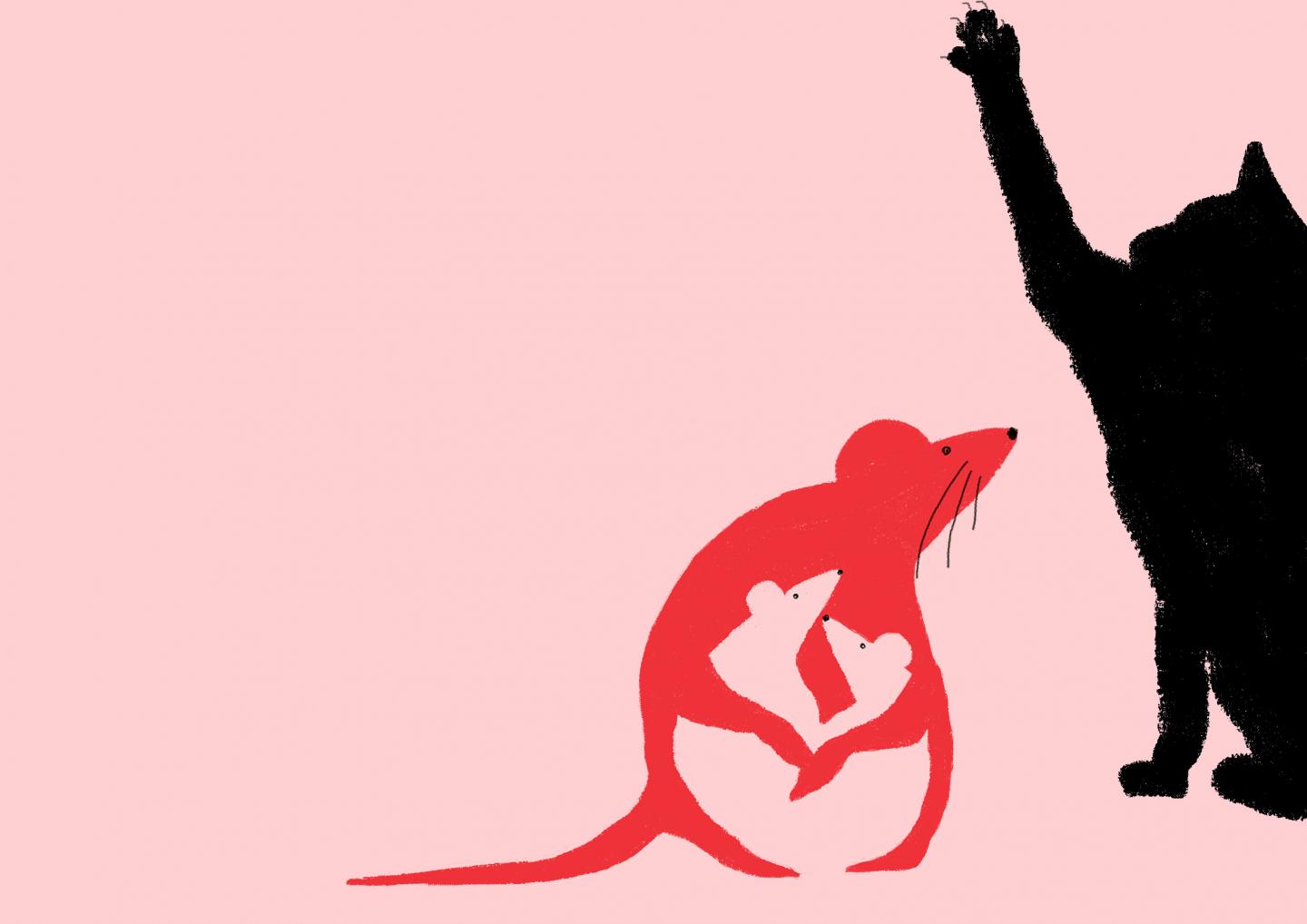 Parents stop at nothing to protect their babies, even in the presence of looming danger. But why is this so?

According to some neuroscientists from the Champalimaud Centre for the Unknown in Lisbon, Portugal, the driving force behind such drastic behavioral change is the love hormone known as oxytocin, located on the neurons of the amygdala, which is a specific brain structure identified for its critical role in managing our reactions to emotions.

Oxytocin is considered to be the glue that holds a mother and a child together, as well as the link that builds stronger relationships in couples.

Oxytocin has many functions possibly, even some unknown to researchers.

But experts are certain of one thing: oxytocin into the amygdala prevents the basic self-defense reaction known as freezing, or that moment animals refuse to move.

“We put both things together,” lead researcher Marta Moita said in a statement. “We developed a new experiment that allows us to study the mother’s defensive behavior either in the presence or the absence of her pups, while at the same time testing whether oxytocin’s action in the amygdala is required for the regulation of this behavior.”

The experiment involved rats without their young “to associate a peppermint scent with the imminence of an innocuous electric shock.”

After the training, rats perceived this new odor as threatening and so they froze.

The researchers have found out that in the presence of looming danger, the rats started to protect their young instead of shying away from the threat, quite unexpected of rodents.

However when the researchers blocked oxytocin in the amygdala of the mothers, they started to freeze without thinking of protecting their young.

The experiment also fuels to study about the offspring’s transmission of signals, from their brain to their mothers, and in which the latter protects their young.

Moita said: “We know that chemical communication is very important, but we still haven’t identified the sensory stimuli that activate oxytocin.”

Another discovery to this experiment is that the offspring whose mothers froze instead of tending to them did not recognize the peppermint scent as a threat.

The same offspring when placed in a box all by themselves did not freeze as well.

On the other hand, those offspring who were cuddled by their mother recognized the scent as something dangerous.

Moita concluded that pheromone emitted by the caring mothers might be the answer.

“In all likelihood, similar mechanisms may be at play in us humans,” said Moita.