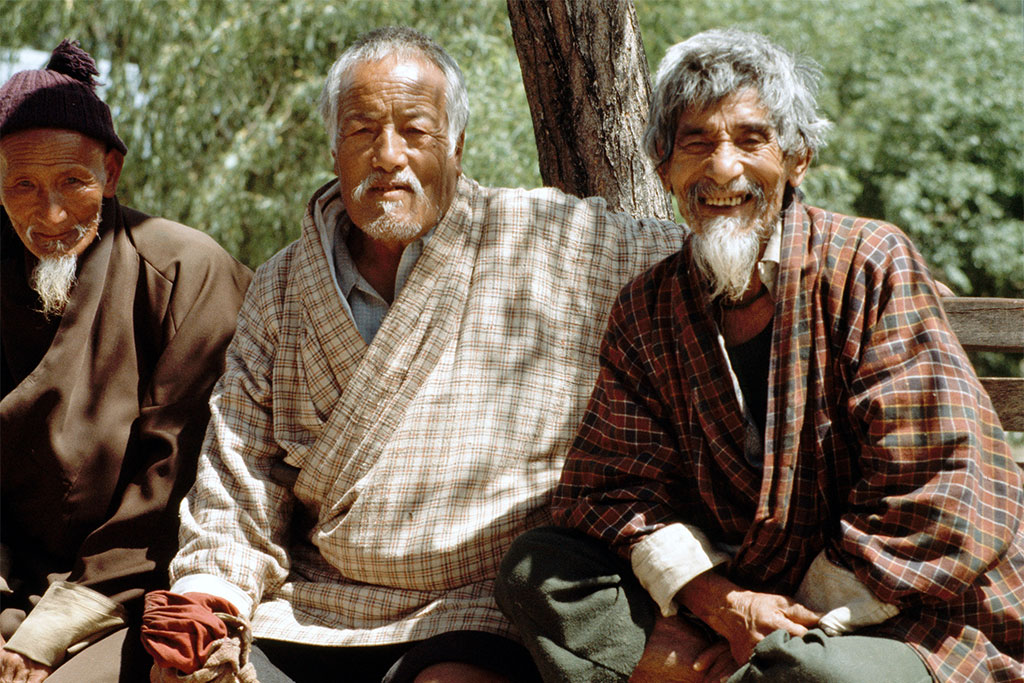 Many older persons are at risk of being abused by their own relatives, a United Nations human rights expert has warned, urging greater vigilance and more reporting of suspected cases, especially since many fear on the part of older persons may not speak up for fear of reprisals – or to protect family members from criminal prosecution.

“Older people are afraid to say they are being abused,” said Rosa Kornfeld-Matte, the UN Independent Expert on the enjoyment of all human rights by older persons, speaking to UN News ahead of World Elder Abuse Awareness Day, which is marked annually on 15 June.

“They are afraid because they feel lonely. They believe that if they denounce the person next to them, they will find themselves alone,” she said, echoing a statement issued by the UN Office for the High Commissioner of Human Rights (OHCHR) in which she said she isparticularly appalled that older persons are often at risk from members of their own family.

“We must not close our eyes to the fate of older persons, even though it is difficult to accept that our families are not always a safe haven. On this World Elder Abuse Awareness Day, I urge everyone who suspects any form of elder abuse, including financial abuse, to report their concerns,” stated Ms. Kornfeld-Matte.

According to the World Health Organization (WHO), around one in six older persons experience some form of abuse, a figure higher than previously estimated and predicted to rise as populations age worldwide. By 2050 the number of people aged 60 and over will double to reach two billion globally, with the vast majority of older people living in low- and middle-income countries.

The agency warned that if the proportion of elder abuse victims remains constant, the number of people affected will increase rapidly due to population ageing, growing to 320 million victims by 2050.

Along these lines, a recent study published in the Lancet Global Health found that nearly 16 per cent of those subject to abuse aged 60 years and older, were subjected to either psychological abuse, financial abuse, neglect, physical abuse or sexual abuse.

“Elder abuse is rarely discussed in policy circles, less prioritized for research and addressed by only a handful of organizations,” noted Dr. Etienne Krug, Director of the WHO Department for the Management of Noncommunicable Diseases, Disability, Violence and Injury Prevention.

“Governments must protect all people from violence. We must work to shed light on this important societal challenge, understand how best to prevent it, and help put in place the measures needed,” Dr. Kurg stressed.

If you see something, say something

While most cases of abuse go undetected despite clear warning signs, Ms. Kornfeld-Matte urged everyone to step up if they are witness to such incidents.

“If a neighbour, a senior citizen or even a nursing home employee sees any abuse type of situation, they have to go to the police and report what they see,” she said, stressing: “We cannot assume the victims will report what is happening to them.”

She explained that despite facing abuse such as being physically restrained, left in soiled clothes, over-medicated or emotionally neglected, they may not speak up for fear of reprisals – or to protect family members from criminal prosecution. In some cases, the victims may not be fully aware that what is happening to them constitutes abuse.

“This all adds to the weight of our collective responsibility to act, and to speak up for older persons when they are unable or unwilling to speak for themselves. All of us can and must be prepared to be advocates for older people, if this abuse is ever to be halted,” she said.