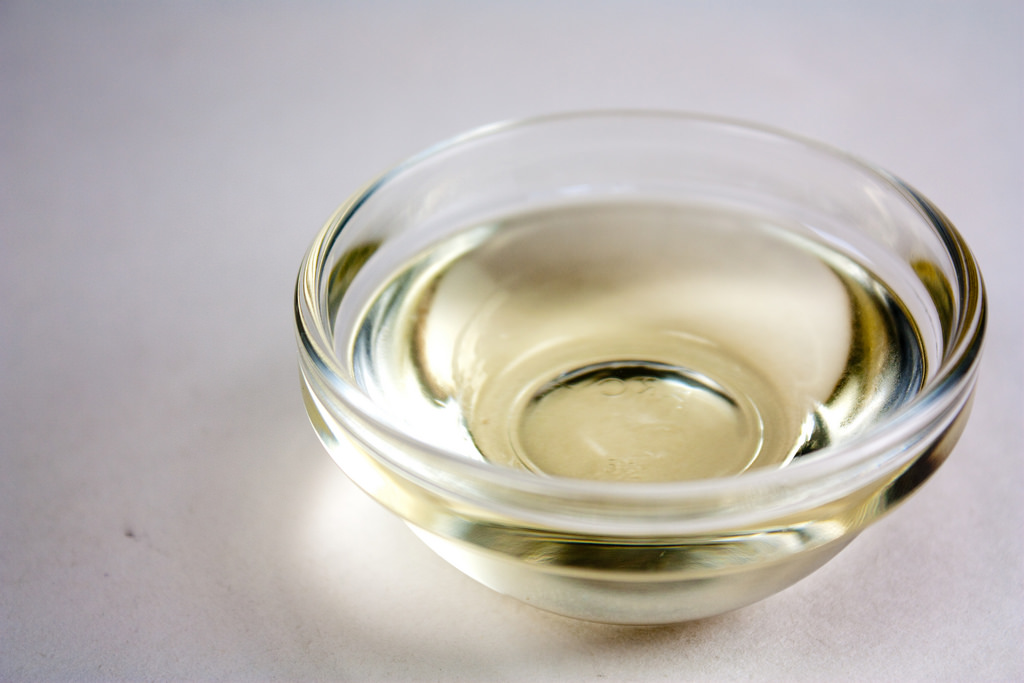 The use of coconut oil has not sparked a debate nor created confusion among the people in this part of the world who have just every use for it and who consider the only species of the genus Cocos the ‘tree of life,’ until recently when they heard their precious oil “isn’t healthy and it’s never been healthy,” but not for long.

The Filipino kitchen will not be without coconut or its oil—for food, as hair tonic, as massage oil—for its use has been handed down from generations to generations.

Should they rethink using coconut oil and let science in?

A hundred grams of coconut oil contains 82.475 grams of saturated fatty acids (SFAs); a tablespoon (13.9 grams) 11.217 grams, and a cup (218 grams) 176.796 grams. The rest of the fatty acids, monounsaturated and polyunsaturated, which are considered ‘friendly,’ contained in coconut oil are in much lesser amounts.

According to the US Food and Drug Administration, ‘the Daily Value (DV) for saturated fat is less than 20 grams per day,’ which is based on a 2,000-calorie diet. Depending on one’s calorie needs, the DV may be higher or lower.

But coconut oil is not the lone source of saturated fats in diets. Sources also include palm oil and palm kernel oil; and from tallow (beet fat), butter, chicken fat, lard (pork fat), and shortening.

The confusion over coconut oil

“No one eats 150 grams (10 tablespoons) of coconut oil in a day,” said Marie-Pierre St-Onge, Ph.D., an associate professor of nutritional medicine at Columbia University, who also said she was surprised the advisory from the American Heart Association (AHA) recently “stirred so much conversation.”

The AHA Presidential Advisory, “Dietary Fats and Cardiovascular Disease,” which was released on June 15th, recommended “to reduce saturated fat and replace it with polyunsaturated and monounsaturated,” citing key evidences. In a table, the advisory showed the fatty acid composition of fats and oils, coconut included, as well as butter, lard (pork fat), and tallow (beef fat), and other oils. Indeed, coconut oil, and palm kernel oil, contained the highest amount of SFA among all oils, plant- or animal-based, with butter and tallow running second and third, respectively.

Referring to the advisory, St-Onge said in the AHA news story that appeared after it stirred a conversation that “people have called it a coconut oil report.”

The advisory noted in its individual discussion on coconut oil, among the other oils, that the “disconnect between lay and expert opinion can be attributed to the marketing of coconut oil in the popular press,” the disconnect being that 72% of the American public rated coconut oil as a ‘healthy food’ compared with 37% of nutritionists.

The AHA Presidential Advisory, a ‘clinical statement and guidelines,’ is a ‘report on stated knowledge about saturated fat and puts things in perspective,’ according to St-Onge.

According to the AHA paper, the advisory “reviews and discusses the scientific evidence, including the most recent studies, on the effects of dietary saturated fat intake and its replacement by other types of fats and carbohydrates on CVD.”

Saturated fats raise LDL (Low Density Lipoprotein), or “bad” cholesterol was the reaffirmation made by the advisory, according to the AHA news article.

The Harvard T.H. Chan School of Public Health published an article citing a cohort study conducted by the British Medical Journal involving more than 73,000 women and 42,000 men that began in 1976 to examine links between the intake of individual and combined SFAs and heart disease risk. Called the Nurses’ Health Study, the cohort “followed forward in time to examine lifestyle habits or other characteristics to see if they develop a disease, death, or some other indicated outcome.”

The group consuming the highest amounts of SFAs were found to have an 18% greater risk of CVD compared with the group consuming the least, according to the study. Palmitic and stearic acid showed the highest risk. Furthermore, the study found an 11% reduction in CVD risk when replacing palmitic acid (found in palm oil, fatty cuts of red meat, and dairy fat) with plant proteins; while a 12% reduction in CVD risk was found when replacing it with polyunsaturated fat.

However, according to the article, data from the study suggest that “heart disease risk was not significantly influenced by lauric acid,” which is the SFA found in coconut oil.

Dr. Qi Sun, the study’s senior author, said in an interview in the article that the reason they did not observe a clear link to CVD risk was that the intake of lauric acid by the participants was much lower than those of palmitic acid and stearic acid intakes.

In clinical trials, however, Sun said “the effects of lauric acid on raising LDL are the strongest.”

“Therefore, although small amounts of coconut oil are unlikely to be a problem, it is not desirable to include tropical oils such as coconut oil as a primary source of dietary fat,” Sun said.

“Only 29 percent of individuals in the United States consume amounts of saturated fats consistent with the limit of less than 10 percent of calories,” according to the guideline.

Olive oil and the Mediterranean diet

“When you dip your bread in olive oil at an Italian restaurant, you’re getting mostly monounsaturated fat,” said an article published by Harvard Health Publications of the Harvard Medical School.

A tablespoon of olive oil contains 9.850 grams of monounsaturated fat, or more than 72% of its total fatty acids content. Almost two grams of its fatty acids is saturated (1.864 grams) though, or 13.8%. Coconut oil’s SFA content of 11.217 grams.

A recent research published in February this year assessed the effects of ‘an antioxidant-rich dietary pattern,’ such as a traditional Mediterranean diet (TMD), ‘on HDL function in humans.’ In randomized controlled trials, the research found the TMD improved the atheroprotective function of high-density lipoproteins or HDL, referred to as the ‘good’ cholesterol, “especially when enriched with virgin olive oil.”

The Mediterranean diet became the healthy choice of today after a study that was started in the late 1950s, called the Seven Countries Study (SCS) prospected by the American physiologist Ancel Keys in Minnesota in 1947, found that “the Greek diet had the highest content of olive oil, the Dalmatian (Dalmatia in Croatia cohort) diet was highest in fish, and the Italian (Montegiorgio in Italy cohort) was high in vegetables,” and because of their dietary patterns, these cohorts were “characterized by low mortality rates” from coronary heart disease.

According to the SCS, a Mediterranean diet is non-existent, strictly speaking, as the Mediterranean Sea is surrounded by 18 countries that have significant differences in lifestyle and diet, among other things.

However, traditional Mediterranean diets “had olive oil as their principal component of fat,” according the SCS, and “were high in cereal products, legumes, fruit and vegetables, moderate in fish, and low in dairy and meat products.”

The SFA in coconut oil

SFAs come in many types. Half of the SFA in coconut oil is lauric acid, a type of saturated fat that has a 12-carbon atom chain. Lauric acid offers a host of uses: for food, medicinal (mostly for treating infections), and industrial (used in soaps and shampoos). Other SFAs in coconut oil are palmitic, myristic, and stearic.

Lauric acid possesses both positive and negative characteristics when it comes to its effect in an individual’s total cholesterol profile.

According Walter C. Willet, MD in his response to a question sent to “Ask the doctor: Coconut Oil,” a section in Harvard Health Letter of the Harvard School of Public Health, coconut oil also increases HDL cholesterol. “Fat in the diet, whether it’s saturated or unsaturated, tends to nudge HDL levels up, but coconut oil seems to be especially potent at doing so,” Willet said.

Coconut’s higher lauric acid content than most oils, according to Willet, is “probably responsible for the unusual HDL effects of coconut oil.”

In an article published in the Journal of the American Oil Chemists’ Society, author Fabian M. Dayrit wrote that lauric acid had been found to contribute the least in accumulating fat in the body, among other SFAs. “Detailed studies have shown that the majority of ingested lauric acid is transported directly to the liver where it is directly converted to energy and other metabolites rather than being stored as fat,” according to the article’s abstract.

According to Willet, while lauric acid in coconut oil boosts HDL levels and “may make it ‘less bad’ than the high saturated fat content would indicate,” he said coconut oil remains “probably not the best choice” among edible oils when it comes to reducing the risk of CVD.

A review of 21 research papers: 8 clinical trials and 13 observational studies, which was conducted in 2016, indicated that coconut oil increased total and LDL cholesterol much more than unsaturated oils did. On the overall, the article indicated that “the weight of evidence from intervention studies to date suggests that replacing coconut oil with cis [naturally occurring] unsaturated fats would alter blood lipid profiles in a manner consistent with a reduction in risk factors for cardiovascular disease.”

According to Lisa Young, Ph.D., an adjunct professor of nutrition at New York University and a registered dietitian, “There is no magic formula. It’s a moderation thing.”

As research continues to validate or invalidate past studies, it makes good sense to look at them with a critical mind even as one loves the coconut’s nutty flavor.

0 comments on “Confusion over coconut oil: What gives?”