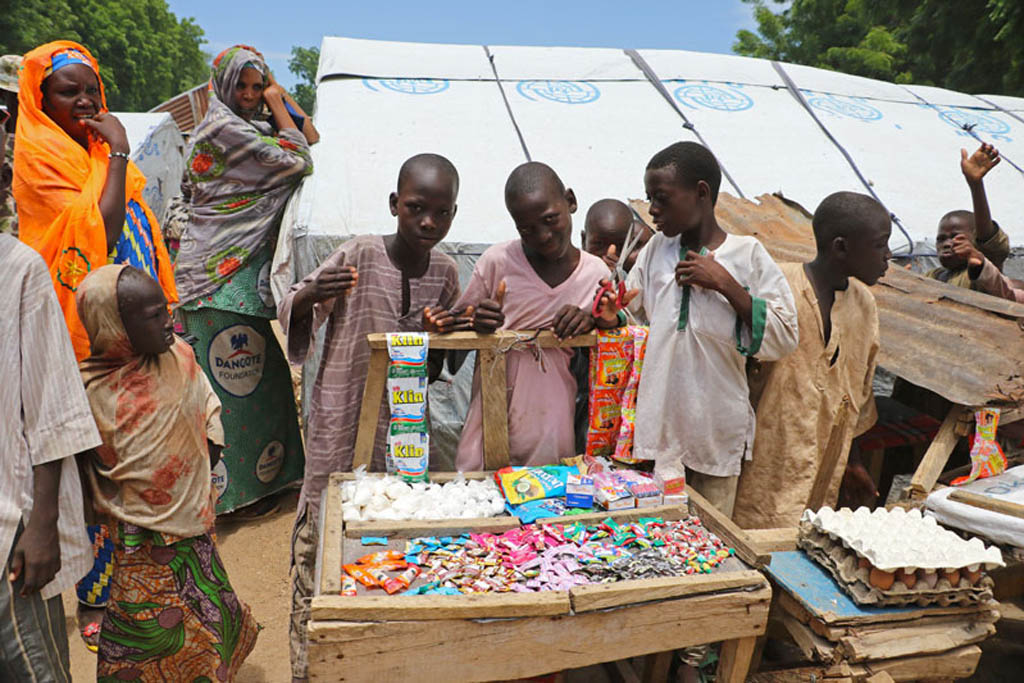 The United Nations has sharpened its focus on efforts to tackle the humanitarian crisis in northeast Nigeria, through a visit by its top migration official and the allocation of $10.5 million from a new fund.

According to the International Organization for Migration (IOM), nearly two million people fled their homes to escape Boko Haram violence in northeast Nigeria. More than half of the displaced are children and 133,000 infants.

“This crisis is competing with about eight others, including that of Syria, Yemen and South Sudan, for the world’s attention,” he added.

IOM’s emergency response is based in Maiduguri, the capital of Borno and the birthplace of Boko Haram. Mr. Swing’s visited Maiduguri and other main cities that have been devastated by the whole Boko Haram conflict, and the first camp for the internally displaced in the region.

Mr. Swing met with the deputy governor of Borno state and discussed IOM’s increasing focus on livelihood interventions for displaced Nigerians, such as sewing, knitting and barbershop work.

IOM has built tarpaulin shelters for nearly 11,000 families, about 102,000 people in Borno state. A few hundred other households were given shelter kits to expand or repair their spaces in Adamawa, the other state devastated by the conflict.

According to IOM, about 37,000 Nigerians arrived in Italy by sea last year and more than 9,000 so far this year. Most travel to find work in Europe. But more than 2,000 migrants have died on the precarious Central Mediterranean route they follow from Libya to Italy in 2017.

“The idea is not to stop migrants. It’s about trying to save lives by counselling them about the risks of putting their lives in the hands of a smuggler,” Mr. Swing said, explaining that IOM opened a migrant information office in Agadez, Niger, last year to try to engage migrants heading north from Nigeria to Libya and the Mediterranean Sea on the dangers many face.

IOM has helped more than 1,800 Nigerians return home safely from Libya this year through the organization’s Assisted Voluntary Return and Reintegration programme.

Meanwhile, the Nigeria Humanitarian Fund (NHF) managed by the UN Office for the Coordination of Humanitarian Affairs (OCHA) has allocated $10.5 million to life-saving assistance to the most vulnerable, including those in the hard-to-reach and newly accessible areas.

It will fund about 15 different projects, including the provision of safe drinking water, emergency shelter and health services.