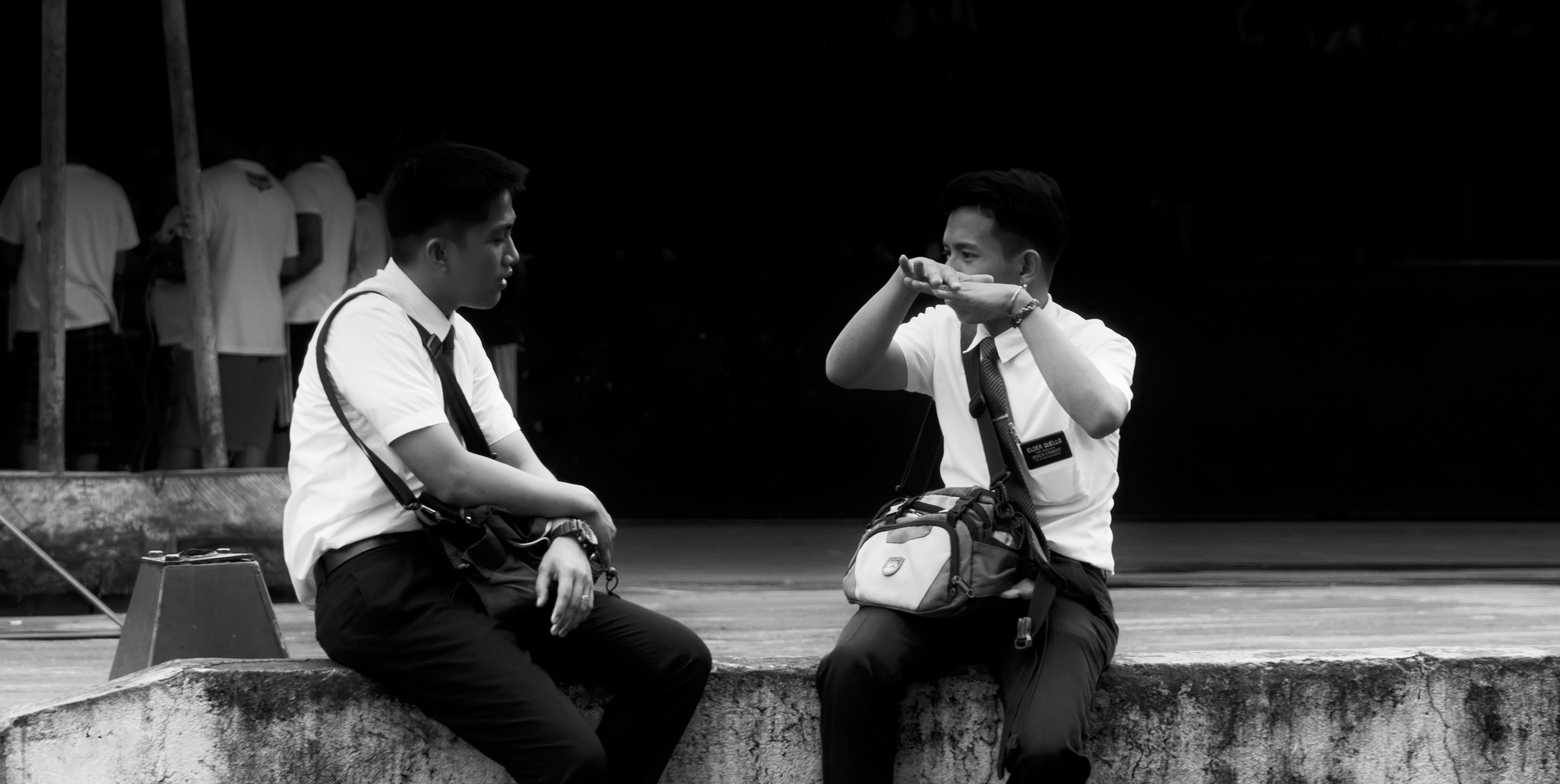 Thirty-year-old Ralph*, a systems administrator for a local outsourcing firm, dreaded the thought of being considered a millennial, a group that he described as “childish.” He was one of the 100 Filipino millennials we asked to get an idea of their goals and aspirations.

Indeed, millennials have been scrutinized and criticized over the years, both by their peers and their elders, and research has revealed their many sides.

In 2013, TIME magazine put millennials on the spotlight. In the first part of the cover story “Millennials: The Me Me Me Generation,” Joel Stein highlighted the results of studies that described millennials—those born between 1980 and 2000—as narcissistic, fame-obsessed, and lazy. These descriptions are quite common in the recent literature on millennials.

For instance, researchers Jean M. Twenge, Elise C. Freeman, and W. Keith Campbell examined the “generational differences in life goals, concern for others, and civic orientation among American high school seniors and entering college students” in a study published by the Journal of Personality and Social Psychology in 2012. They found that millennials, along with those belonging to Generation X (born in 1962–1981), assign greater importance to “goals related to extrinsic values (money, image, fame)” than to goals “related to intrinsic values (self-acceptance, affiliation, community).”

Furthermore, the participants in their survey considered “developing a meaningful philosophy of life, finding purpose and meaning, keeping up to date with political affairs, and becoming involved in programs to clean up the environment” as less important.

Referring to the 2013 article of Jen Wieczner in marketwatch.com, James Cairns, the author of “The Myth of the Age of Entitlement: Millennials, Austerity, and Hope,” described the lack of effort from this group. Millennials seem eager to amass wealth, but they are not as eager to work for such wealth. According to Wieczner, many millennials steer away from traditional office settings, with some requesting reduced work hours and others planning to quit their jobs within a couple of years.

By looking at the literature, one could easily assume that the description of millennials being obsessed with themselves, seeking fame, and being lazy is relatively true.

The Wired Correspondence wanted to find out how Filipino millennials see themselves, what they envision themselves to be years from now, and what matter to them most—and see whether the results are any different from the Western experience.

And so we asked 100 Filipino millennials aged 17–35 years: “What do you see yourself achieving in the next 10 to 20 years: money, fame, or purpose in life?” Their responses indicated fascinating results.

Of the 100 respondents, only one cited fame as a main goal, and more than half of the respondents (62%) wanted to realize soon their purpose in life. Although the sample size of this survey and the context in which it was administered differ greatly from the surveys conducted in the West, it sheds light on how millennials, particularly Filipino millennials, think about their future.

Some of those who chose purpose in life as their goal expressed their desire to give back to their communities and influence others. One respondent explained, “By travelling the world and helping those who are in need, I make an indelible mark bigger than myself, and for me, that’s more fulfilling than living a life of luxury.”

In the work of Twenge, Freeman, and Campbell, they found an increase in community service and volunteering among millennials, but they questioned such trend, given that the measures for concern for others showed a decline. In the Western context, community service and volunteering go hand in hand with successful college applications. This relation, according to the authors, could support the rise in the participation of millennials in volunteer activities. In the Philippines, bayanihan is part of the core values that Filipinos live by, and so, the respondents’ intention to make a difference in their communities is not at all surprising. According to one respondent, “I just want to be that someone who will create a good impact [on] the society, hoping that it will produce a ripple effect.”

In line with the sense of community that the informal survey revealed, the respondents placed great emphasis on their families and relationships, especially those who chose purpose in life as their main objective. One respondent said, “What I really want to achieve is to have my own family while making sure that I can give them overflowing happiness.” Another explained, “I could have chosen money as that largely affects stability. But it’s really more than having enough money. It’s also having enough time for work, for recreation, and for family, friends, self.”

According to the Harvard Study of Adult Development cited in Harvard Gazette, money or fame comes second to close relationships, which were found to be a major contributor to the happiness of individuals. This finding seems to support the intention of the respondents of this informal survey to ensure the stability of their families. Even those who chose money over fame and purpose in life mentioned wanting wealth not for themselves but for their future families. Some wish to have enough savings for education and emergencies while others want to be able to provide the basic needs of their families. One respondent chose money and explained, “Higher salary means good career and something that will give financial security, as I think I will have a family of my own, 10 to 20 years from now.”

According to Mary Michaela Grace Aquino, who is a licensed psychometrician and is currently completing the Master of Arts in Counseling program of the Department of Psychology at the Ateneo de Manila University, her fellow millennials exhibit an “other-centric” quality that naturally leads them to focus on their friends, peers, and families. She also cited “utang na loob” as a common theme among millennials who wish to give back to their families.

It seems that millennials in the Philippines are far from being self-absorbed and self-obsessed; like the generations that came before them, they want to live comfortable lives with their families and gain the freedom to share their blessings with others, which according to them is their purpose in life, and it is what motivates them daily—not money and not fame.

In the 2013 article of Wieczner, millennials were described to be less committed to their regular jobs, with a surprising number of them wanting to leave their jobs after two years. The same was found in the Philippines, where 40% of Filipino millennials have cited companies’ failure to boost their leadership skills as the main reason for their short-term employment.

As described in many recent articles, millennials are innovative and highly creative, and they want to maximize these qualities in the workplace. When they are left with no outlet for their creativity and leadership, their departure from their places of employment could be easily predicted.

Interestingly, in the BNP Paribas Global Entrepreneurs Report 2016, millennials have emerged as today’s most successful entrepreneurs. Dubbing this group as “The Millennipreneurs,” this report highlighted the finding that many millennials are paving their own paths by building their own businesses.

Similarly, some of the respondents in Wired Correspondence’s survey revealed their desire to start their own businesses. Several even reported being entrepreneurs. A 24-year-old respondent explained how she recently quit the corporate world to venture into her own. She admitted the presence of challenges that come in her line of work, but she was willing to overcome them to fulfill the vision she had established for her business. Another young entrepreneur explained, “The goal is always to be successful in whatever venture we get into. Not necessarily to make a lot of money but to achieve the goals we’ve set for ourselves in that venture.”

As cited in these reports, millennials appear detached from their jobs, particularly when they feel undervalued and unsupported. In such cases, it is likely for them to look for that sense of purpose, importance, and fulfillment elsewhere, perhaps in their own businesses. Given current conditions in which information is readily available with a flick of a finger, millennials can easily endeavor on their own.

These qualities of millennials are something that employers should consider if they wish to retain this creative group of individuals. As for millennial employees and entrepreneurs, Mary Michaela Grace Aquino offered this advice: “It’s all right to feel lost and to take the time to achieve one’s goals. However, it is also important to keep moving and doing, for it is in this way that we can define ourselves.”

Millennials may be the “Me Me Me generation” according to Stein, but they could be more than self-absorbed or lazy. As the Wired Correspondence’s informal survey revealed, millennials do not always want fame or wealth. They are also driven by a sense of purpose, which is aligned with their desire to provide for their families, their communities, and even the world. Millennials are dreamers, explorers, and risk-takers. But they are also practical, cautious, and prudent. These contrasting qualities make this generation worthy of a second look.

*not his real name