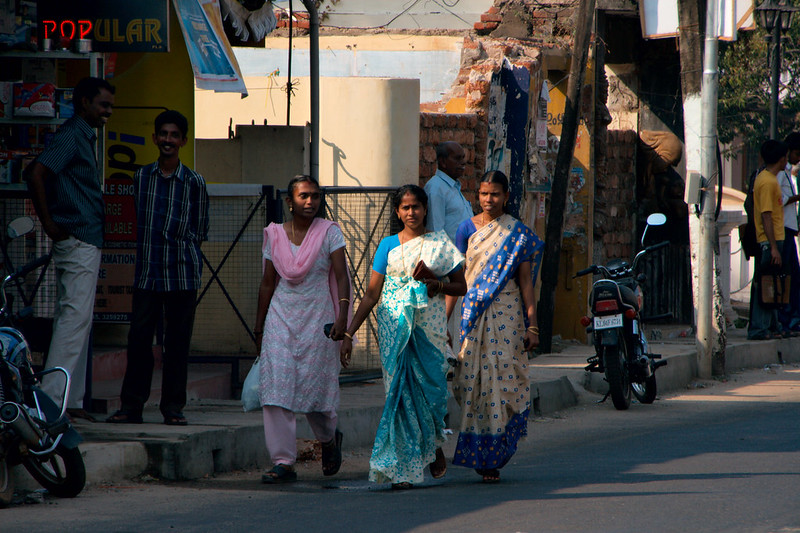 The study, published in the American Economic Review, found that a relatively simple intervention directed to poor women — providing them access to their own bank accounts and direct deposit for their earnings from a federal workfare program, along with basic training on how to use local bank kiosks — increased the amount they worked, both in the government program and for other employers.

The women who had access to the banking resources were more likely to report in surveys that a working woman made “a better wife” and that husbands with working wives were better spouses and providers. They also were less likely to say women who work outside the home bear social costs for it.

The study points to the role of gender norms in India’s low and declining rate of women in the workforce and it also demonstrates that boosting women’s control of their finances can expand their autonomy, said Pande, the Henry J. Heinz II Professor of Economics in Yale’s Faculty of Arts and Sciences.

“Economics research often assumes that a country’s men and women embrace the same cultural norms, but our study highlights the fact that norms can be differently experienced and held within the same country or culture,” said Pande, who is also director of Yale’s Economic Growth Center. “Improving a woman’s access to her earnings should cause her to work less because she can make the same amount of money with less effort. That we found women work more suggests that some women would prefer to work but are potentially being constrained by social stigma perceived by their husbands’ — specifically, that working wives diminish their husband’s social status.”

India experienced a period of strong economic growth between 2005 and 2018 with declining fertility rates and gains in education for women, but the rate of female labor force participation fell from 32% to 21% during that period. However, one-third of Indian housewives say in surveys that they are interested in working outside the home. Bringing these latent workers into the workforce would contribute substantially to the country’s economic growth, Pande said.

Working in northern Madhya Pradesh, a region marked by particularly restrictive gender norms, the research team collaborated with government and banking partners to enable direct deposit of women’s wages from the federal workfare program into their own bank accounts rather than into a male-controlled household account. They conducted a randomized controlled trial covering 197 village clusters and surveyed a total of 4,300 women. The villages were divided among a control group and four treatment groups, only one of which received bank accounts, direct deposit, and training. The researchers refer to this group as being “digitally empowered.”

The study found an overall increase in labor supply among digitally empowered women compared to women who only received a bank account. They were 28% more likely to have participated in the workfare program during the past year than were the women who only received a bank account and 13% more likely to report any paid work in the previous month, according to the findings. The digitally empowered group also earned 24% more (950 rupees) annually from the private sector, which is notable given that the direct deposit was only linked to workfare wages and private-sector work often is paid in cash.

“The fact that digitally empowered women were earning more in the private sector suggests that having more control of their earnings spread into other aspects of their lives, giving them the ability to negotiate with other household members to work more outside their homes,” said Troyer Moore, director of South Asia economics research at Yale’s MacMillan Center for International and Area Studies. “It tells us that a simple policy intervention has altered a cultural norm, which is very exciting.”

The researchers separated the sample into two groups: women who had worked in the government program before, and those who had not. In surveys, women in the latter group reported having less decision-making power, and that their husbands were more likely to associate a working wife with social stigma. The data showed that while the increases in work outside the home trailed off among those who had previously worked in the program by the study’s third year, it persisted for the socially constrained group, demonstrating that the intervention had the most durable impact on women facing the greatest barriers to work.

Study participants were surveyed to measure their thoughts about working and non-working women. The results showed that, compared to women who received only bank accounts, digitally empowered women liberalized their personal beliefs about women’s work.

While researchers were conducting the study, the Indian government began scaling up direct deposit of workfare wages into female-owned accounts nationwide, but the effort involved neither targeted outreach to eligible women nor any systematic account training, key elements of the most successful intervention that the study identified, the researchers said.

“We look forward to working with government partners to scale up the policy intervention in a manner that maximizes the benefits to women,” Troyer Moore said.

0 comments on “For women workers in India, direct deposit is ‘digital empowerment’”