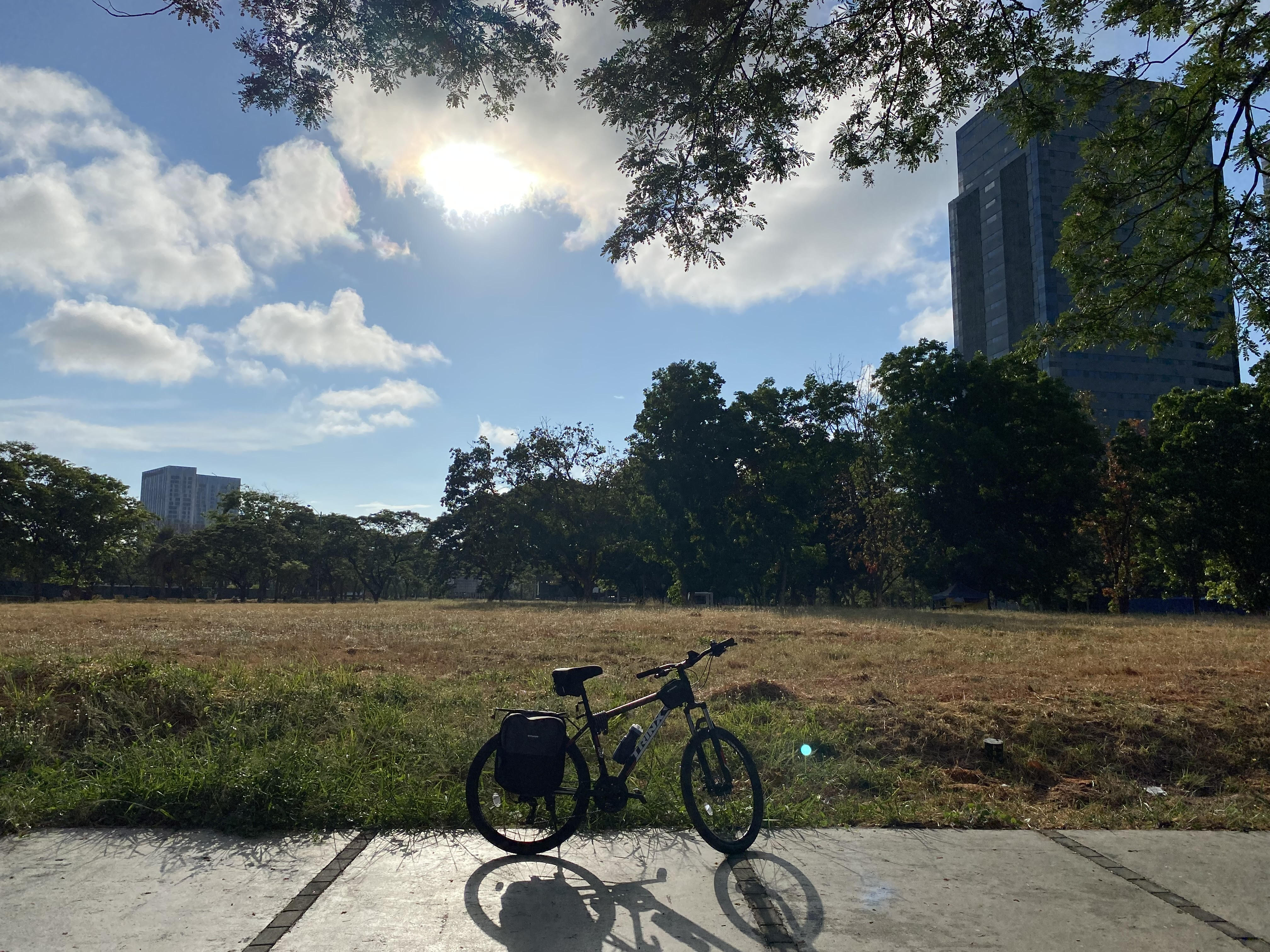 COVID-19 has changed many lives—mine included, for more reasons than one. Because of the pandemic, I’ve joined the growing number of Pinoys who bike. Or perhaps I should say that I’ve rejoined the ranks of local cyclists, as I was an avid cyclist many years ago.

The way things were

Cycling was one of my favorite pastimes as a young boy. I have fond memories of weekends and summer days spent cycling around with my brother and our buddies.

Our parents would shoo us out of the house after breakfast and after getting us to swear to be careful on the road, to not let each other out of our sight, and to be home in time for meals. We would work up a healthy sweat racing one other from street to street, collecting insects to raise in glass jars, dropping by the area’s fruit trees (which included chico, guava, santol, macopa, mango, atis and aratiles), and so on and so forth.

There were many of us kid cyclists back then: a bunch of noisy, happy boys and girls having fun with old friends and making new ones while spending time away from our parents.

Slowly but surely, however, cycling fell out of favor.

Friends and their families moved away, and priorities began to shift. When one of the gang took her then-new Game & Watch with her during a meetup and showed it off, it caused a stir. Other kids started sporting their own Game & Watches and similar devices, and started to bike less and less.

Our neighborhood, in which many lots and streets had been empty when we first moved in and was thus pleasant to bike around, filled up over the years, and traffic increased. The air got progressively dirtier, making the outdoors uncomfortable for those kids who were asthmatic and allergy-plagued. Quite a few of our favorite trees stopped producing fruit or just died off, and most of the insects that we had so loved to seek out vanished.

Most significantly, some parents, mine included, began to stop allowing their kids to go out without them, especially after sensational occurrences, such as the Vizconde murder case (which took place very close to our area). Kids of particularly solicitous parents weren’t allowed to bike at all any longer, or were dissuaded from doing so.

My parents, for instance, successfully got my brother and I interested in what they saw as healthier and safer activities. They convinced us to try swimming and tennis, which we did enjoy to their relief, and through those sports we made new friends and took up other interests.

By early high school, we had given up cycling altogether. My parents ended up giving away the bike I used to love so much. I can’t even remember when they did this.

Back in the saddle

Fast forward to 2020, when COVID-19 became a pandemic and local restrictions on public transportation made it very hard to get around—much less buy food, groceries, medicine, and other essentials—for people like me who don’t have cars of their own.

I’ve been our household’s primary errand boy since the pandemic began. I quickly realized that returning to cycling was the only option, after a couple of weeks of walking to our town supermarket to buy groceries and lugging them all the way home. And even when public transportation was eventually restored, I decided that the less I would take it, the better, to minimize potential exposure.

After scouring all our local bike shops as well as online retailers for a suitable model, I found and bought one I liked and which fit my budget. According to the National Economic and Development Authority, Philippine bicycle sellers imported 2.1 million units in 2020 in response to the burgeoning local demand for bikes, a far cry from the 1 million units brought in in 2019.

I also invested in accessories that would make my new bike an ideal grocery-getter, from panniers and other such bike bags to bungee straps for lashing boxes and other bulky gear to the frame.

My bike and its accessories really have been worth the investment. For the most part, the way I’ve set it up has made it easy for me to pick up nearly everything we need, and to keep myself and my family safe while doing so. Cyclists really need to be physically distanced from pedestrians and other cyclists in order to stave off accidents, which combined with wearing a mask also helps keep all of us relatively safe from the highly transmissible virus.

Moreover, I’ve also been pleasantly surprised to have rekindled my love for cycling itself. I take my bike out not only to buy household essentials, but also to get some exercise and take a physical and mental break from my work-from-home job. I often take the long way to my destination and back just to enjoy a little more time out on my bike, and I make forays outside of my village when weather, time, and quarantine status permit.

Over the months since I returned to cycling, I’ve seen for myself that plenty needs to be done to make it a safer and more enjoyable activity in Manila.

A truly bike-friendly city is characterized by infrastructure that allows for efficient bike use, politicians who champion bike-friendly legislation, and citizens who agree that cycling is crucial and who consequently support cyclists.

Thanks to progressive mayors and other lawmakers, some major thoroughfares including those in my area already do have dedicated bike lanes. That being said, our infrastructure still does need improvement. Cycling, especially in bad weather, remains hazardous in some areas due to badly-paved, ill-lit, and/or flood-prone roads. And even some well-maintained roads aren’t always designed with the needs of cyclists in mind.

The behavior of many motorists can also leave a lot to be desired. Some drivers remain ignorant of bike lanes, or deliberately ignore the fact that they’re intended for cyclists only. (I have a bone to pick with drivers who seem to swerve in and out of lanes as they please, which can place cyclists at considerable risk.)

And when cyclists get to their destination, it can often be hard for them to find a safe and accessible place to park and secure their bikes.

Of course, Metro Manila won’t transform into an authentically bike-friendly city overnight. But I’m hoping to be able to see and enjoy this transformation over the next few years.

However long this pandemic lasts—and after it finally does end, whenever that might be—cycling will continue to be a viable (and fun) alternative to public transportation and private vehicles.

(Editor’s Note: Interested to have your essay published? Whether you’re a student or a professional, we encourage you to submit it to editor.newsnarratives[at]gmail.com. We pay P1,000 for accepted essays.)